How much is Alia Bhatt’s property and how much does she charge for a movie? 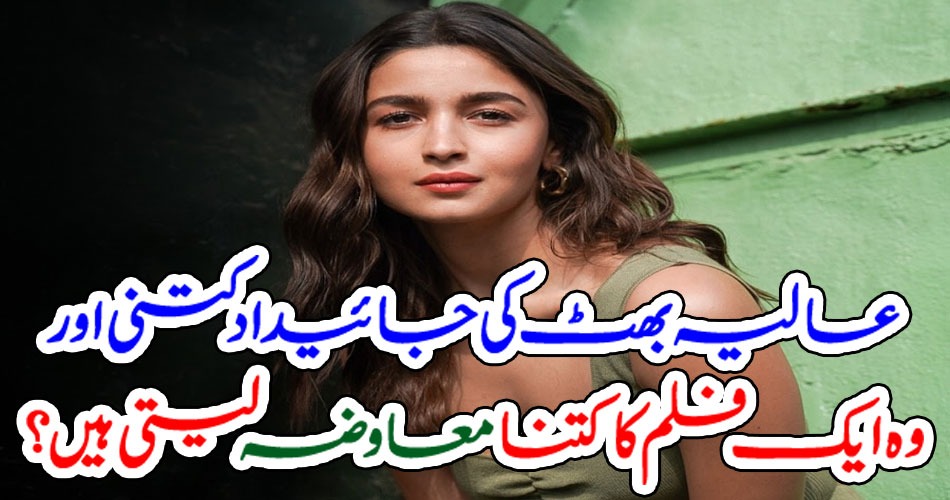 Lahore: (Web Desk) Bollywood actress Alia Bhatt’s film ‘Gangobai Kathiawari’ is being released today which is her 20th film. Directed by Sanjay Leela Bhansali, the film will star Alia Lady Mafia in the role of ‘Gangubai’ but the film has been embroiled in controversy even before its release.

Ngubai’s family has claimed that the film misrepresents Gangubai, after which the Supreme Court has advised the filmmakers to change the name of the film. Let us know some special things about Alia. Alia was born on March 15, 1993 in Mumbai. She is the daughter of filmmaker Mahesh Bhatt and actress Soni Razdan. Her father is Gujarati and her mother is German while Alia has British citizenship. ۔ Alia has an older sister Shaheen, actress Pooja Bhatt and Rahul Bhatt are Alia’s half-siblings. His cousins ​​are Imran Hashmi and Mohd Suri while producer Mukesh Bhatt is Alia’s uncle. Alia Bhatt started her career in 2012 with Karan Johar’s film ‘Student of the Year’. The film also stars Varun Dhawan and Siddharth Malhotra in the lead roles. The actress had lost 16 kg for this film while she acted as a child artist in the film ‘Sangharsh’ (1999). ‘Gangubai Kathiawari’ is releasing today, this film is surrounded by a lot of controversy. Alia says she has no objection to the controversy. The actress has released 20 films so far, out of which Alia was in the lead role in 14 films. Some of his super hit films include Razi, Badri’s Bride, 2 States and Dear Life. Alia has received 12 awards so far out of which 4 are Filmfare Awards. Highway – Best Actress (2014), Razi – Best Actress (2019), Gully Boy – Best Actress (2020), Flying Punjab (2017). Alia and Ranbir have been dating since 2017 and are getting married soon. The actress’ name is associated with many people, including Bollywood actors Siddharth and Varun. Alia Bhatt has a net worth of Rs 74 crore and charges around Rs 15 crore for a single film, while the actress’ advertisement endorsement fee ranges from Rs 1 crore to Rs 3 crore.

Like Loading...
previousDid Tobia’s marriage end or not? Amir Liaquat made an important revelation
nextWho is Babar Sharif and whose daughter is she? Eventually the veil of truth was lifted
%d bloggers like this: