Who is Babar Sharif and whose daughter is she? Eventually the veil of truth was lifted 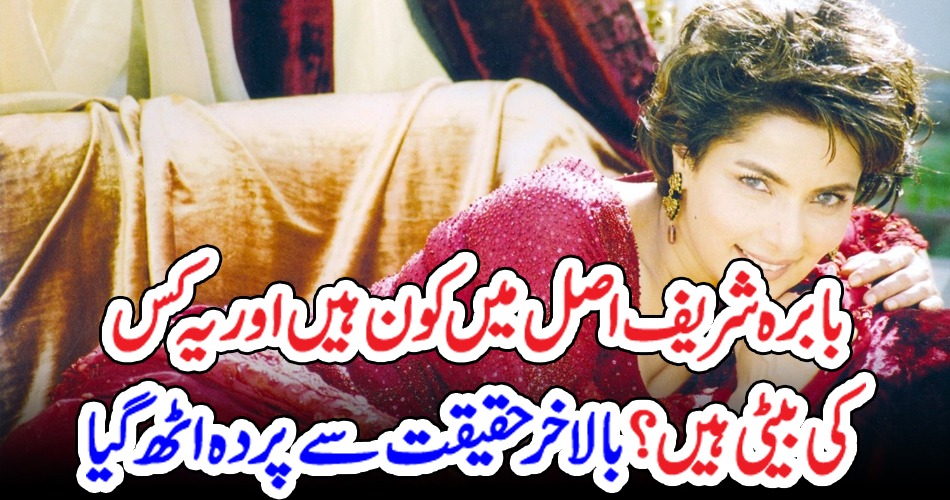 Karachi (News Desk) Babra Sharif is a well known name in Pakistani film industry, but do you know what family he belongs to and how to be a part of this film industry? There was a person whose name was Sharif Ghee.

He had a wholesale business of desi ghee. He had three daughters, the eldest daughter’s name was Firdous Sharif, the name of Manjhli was Fakhra Sharif while the youngest and most beautiful girl was named Babra Sharif. To promote the powder, they chose to model in it, as the jet was being introduced in competition with a larger brand at the time, so their owners wanted to have no shortage of it. The advertisement became very popular. After making a fuss in this advertisement, Babar Sharif was cast as a heroine by Shabab Kiranvi, a director of Pakistan Film Industry in his film Meera Naam Hai Mohabbat. The hero of this film was Ghulam Mohi-ud-Din and this was also his first film. After the hit of this film, Babar Sharif started flying the flag of his success. Cast in “Man and Man” but Fakhra Parda could not succeed on the screen and returned to her home after appearing in the same movie. His home at that time was in Gulberg, a posh area of ​​Lahore. He married film star Shahid, the father of famous anchor Kamran Shahid. However, actress Babar Sharif is still lost in the memories of the wonderful times she spent at her MM Alam Road Gulberg home and the time spent with pets and birds. Miss

Like Loading...
previousHow much is Alia Bhatt’s property and how much does she charge for a movie?
nextGangubai Kathiawadi Review: Flower Nahi, Fire Hai Alia Bhatt in Bhansali’s Hard-Hitting Magnum Opus
%d bloggers like this: