Nosrabaz man offers car as a gift to ‘Bhoomi Pednikar’ !!! What did the actress do again? 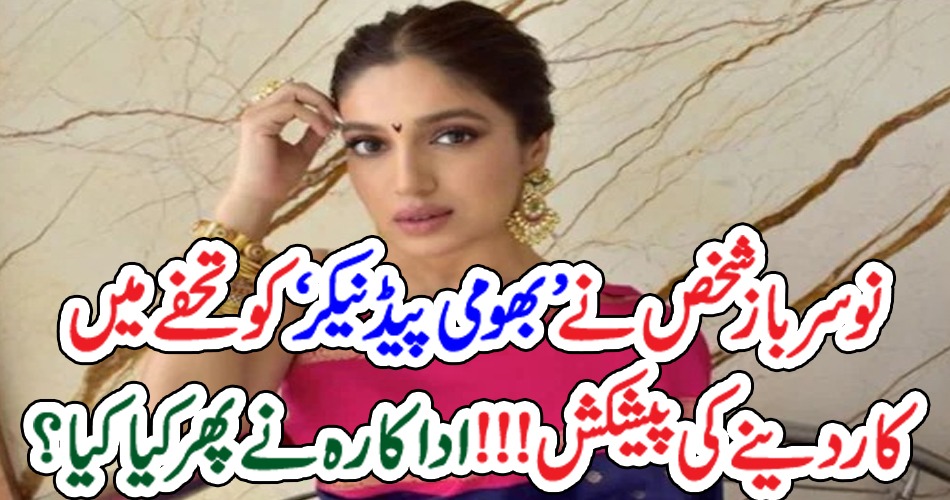 Mumbai (Monitoring Desk) Actress Bhoomi Pednikar’s name has also come up in the investigation against the accused named Skesh Chandrasekhar who was trying to nod to Bollywood stars. It is learned that the accused had also approached Bhoomi as a billionaire. And offered him a luxury car as a gift. According to India Today, the sources said

Before Bhoomi Pad Necker, a woman named Pinky Irani had contacted and described herself as a friend of the accused and had made the said offer to Bhoomi. The next day, the accused himself contacted Bhoomi on the phone and offered to give her a car as a gift. Had given Before Bhoomi, the names of Jacqueline Fernandes, Nora Fathi, Jhanvi Kapoor and Sara Ali Khan have come to the fore in these investigations. The accused is currently in custody and is lodged in Tihar Jail, New Delhi. He is also accused of embezzling Rs 2.15 billion from Aditi Singh, the wife of the owner of Rain Bexie.