What did Dunya Nayar Mobin say about Sajjal Ali? The video went viral 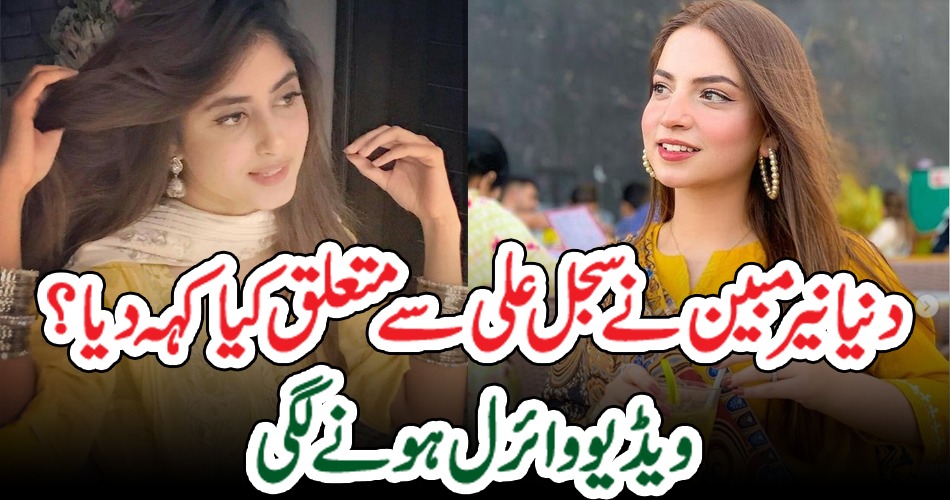 Lahore (News Desk) – Dannirmbin, who reached the heights of fame with just one video, has now stepped into the showbiz, her acting is being highly appreciated. His first play is Sanf Ahan. Dananir Mubeen surprised the people with his first play. Despite being new in the field, he proved himself with his excellent acting. Gender

In an interview to a private magazine, Dananir said that Sajjal Ali is an actress who plays any role in a way that no one could have imagined. An extraordinary actress, I have learned a lot from her.

Like Loading...
previousHow much does Alia Bhatt charge for a movie? Things in an actress’ life that you may not know
nextForced on a check of Rs 3 crore. Actor Javed Sheikh’s lawyer made a big revelation
%d bloggers like this: