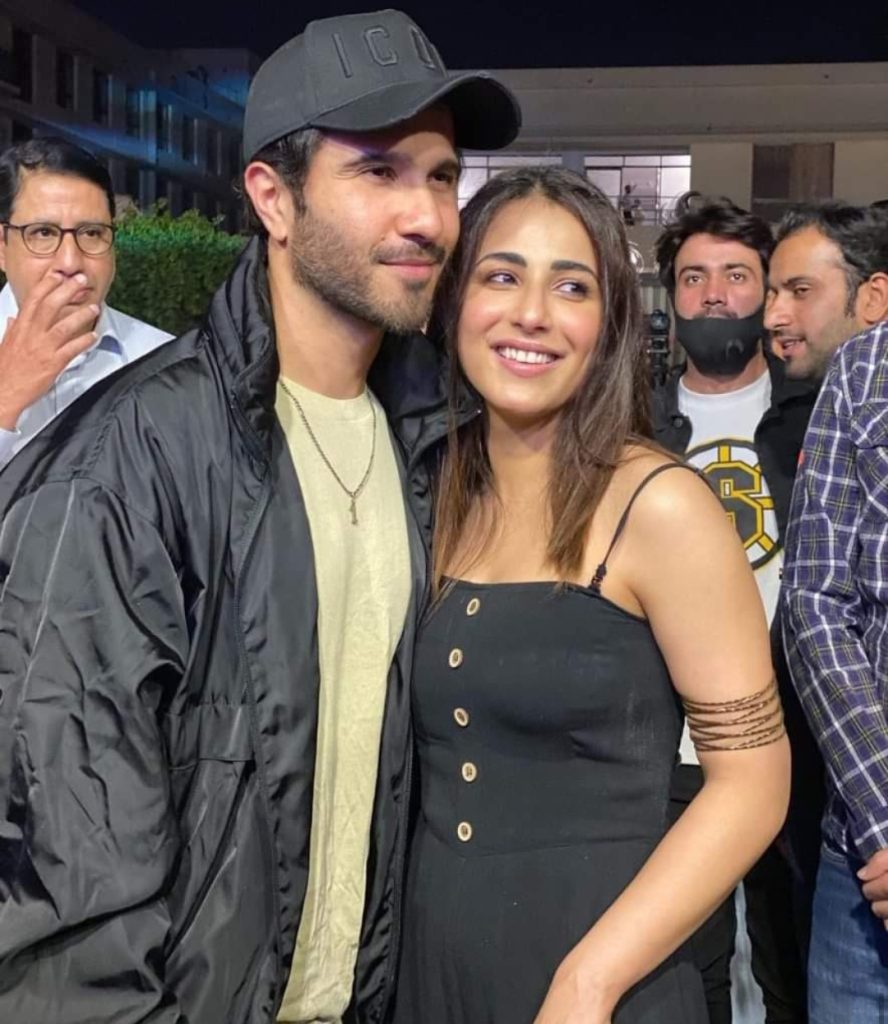 Feroze Khan is famous Pakistani television & film actor. Feroze Khan has already done many hit dramas like Ishqia, Khaani, Dino ki dulhaniya, Khuda Aur Mohabbat and Aye Musht E Khaak. His fans love his acting and wait for his new projects. The actor is popular for making headlines because of his controversial statements and actions.

His latest videos with Ushna Shah are becoming talk of the town. When the two actors spotted together on a trailer launch, it made fans curious and they started speculating about them “Dating”. In start, when Ushna saw Feroze, she instantly hugged the actor. The video was captured and shared by netizens and they criticized Feroze a lot.