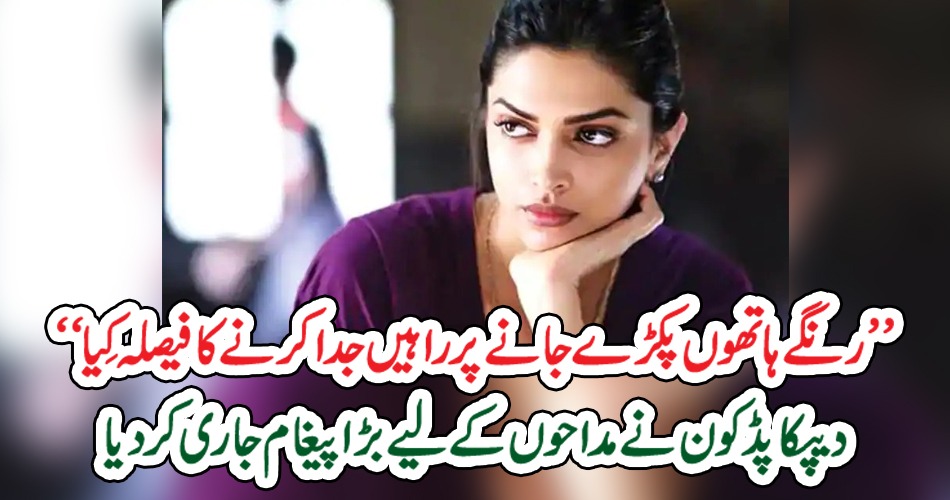 Mumbai (News Desk) – Indian actress Deepika Padukone has revealed about her and her ex-boyfriend’s breakup that she had grabbed her co-star with red hands after which she parted ways with him forever. An old interview of the actress is going viral these days in which she told how she cheated.

“For me, physical contact is not only a matter of body but also of feelings. I never thought of cheating in my relationship and never did, I now wonder why I was in a relationship?” It was better for me to be alone and enjoy my life but not everyone thinks like me, maybe that is why I was more sad in the past. When he cheated on me for the first time I thought maybe in our relationship Or I have a shortcoming, but when someone makes it a habit, then you know that the problem is not with you. ”Deepika Padukone explained how she grabbed her boyfriend by the arm. He said: “Yes, I was a fool who gave him a second chance at his request and request. I really wanted to believe him, but then I saw him with someone else. I was shocked. It took me a while to get out of here but I did it. ”It may be recalled that during the promotion of the movie Tamasha in 2015, actor Ranbir Kapoor had said in an interview to an Indian magazine that Deepika Padukone is a flirt.