Why is Anna clinging to Feroze? It was costly to hug Feroze Khan and Ashna Shah in public, big reaction. 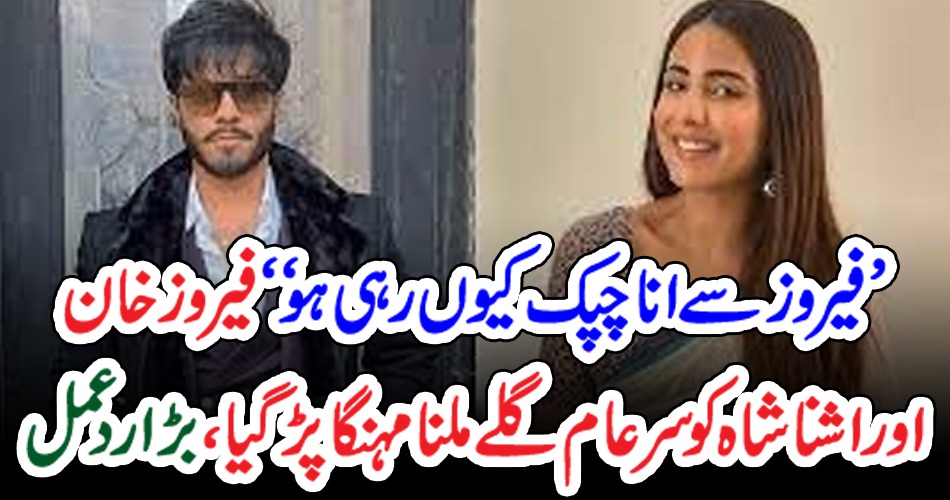 Karachi (News Desk) Viral video on social media which is made on the occasion of the trailer of the movie “Let live in the screen” in which Feroz Khan is embracing Ashna Shah. In the viral video it can be seen that both are normal together. Talking like it happens in any industry event and at the same time making pictures at the same time.

They are also saying goodbye to each other, which has been photographed, and social media users have criticized them with their comments. One user wrote, “Feroz Khan left the industry, didn’t he?” Similarly, a user S88 wrote that “it does not look like Pakistan is the way it is embracing”. Actor Feroz Khan had announced to leave the showbiz industry last year but he would return soon.