Why did Divya enter the Indian film industry at the age of 19? The mother’s revelation did not go unnoticed 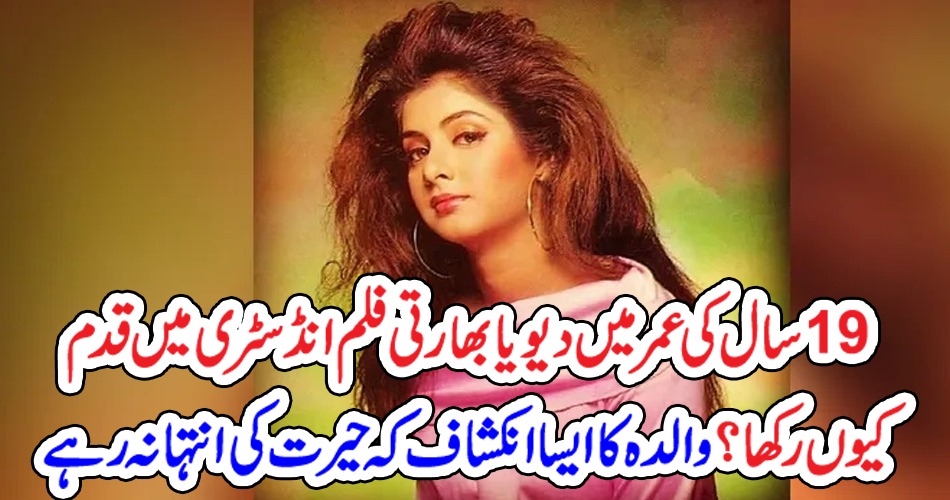 Mumbai (Monitoring Desk) The late Bollywood actress Divya Bharti stepped into the film Nigri and achieved such heights of fame overnight that most people associated with showbiz cannot find it for a lifetime. In her very short career, Divya Bharti acted in many superhit films and then at the age of just 19, her sudden death cost her millions.

Fans mourned. You will be surprised to hear about the actress who was intimidated by her beauty and acting in such a short time that she had no interest in acting but she came to the film industry to escape from education. According to the website ‘Zoom TV Entertainment’, Divya Bharti’s mother Mita Bharti once said in an interview that “Divya Bharti was absolutely ‘zero’ in her studies and wanted to get rid of education somehow. That is why she joined the film industry, otherwise Divya had absolutely no interest in the showbiz industry nor did she have any interest in becoming a successful performer and becoming rich. ” Somehow she wanted to get rid of her education and become a housewife. She was not old enough to get married. In the building in front of our residential building lived a film producer who saw Divya and started offering the film. His manager would come to our house every day and sit with us for hours and insist on Divya to sign one of his films. The manager promised that all the work on the film would be completed in just three months. One day, after several days of insistence from the manager, Divya asked me, ‘What will happen to my education if I sign the film?’ I told him that after that you would have to drop out. As soon as he heard this, he said, “I don’t want to continue reading. I have started signing the film.” He then asked his father’s permission and signed the film. As soon as this first film of his was released, the line of films started.

Like Loading...
previousDeepika Padukone’s shocking revelation
nextAmna Ilyas Invites Serious Backlash After Posing In A Bikini During Vacation In Sri LankaOwing to her controversial content every now and then, Amna Ilyas has now effortlessly become a household name. Her latest pictures on…
%d bloggers like this: