Why did Mr. Perfectionist Aamir Khan cry after watching Amitabh Bachchan’s film? You can’t hold back the tears when you hear the reason 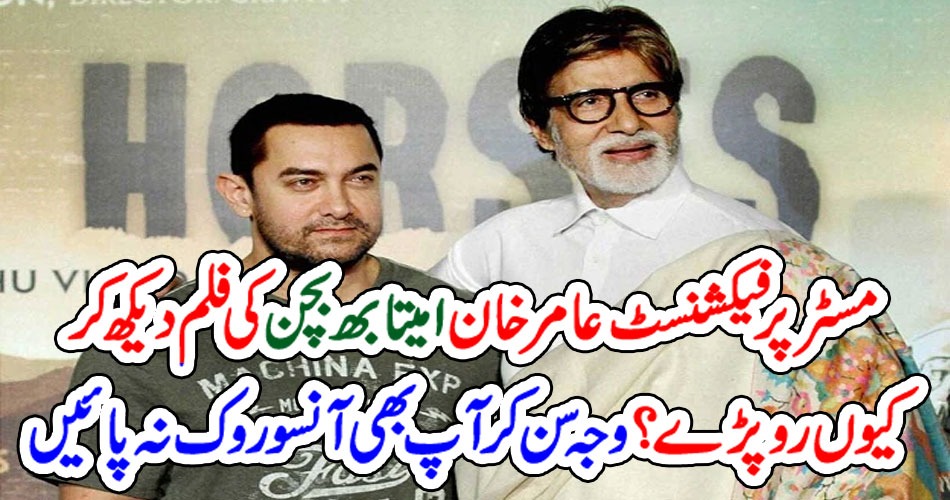 Indian music company T-Series has shared a 3-minute video on its YouTube channel in which Aamir Khan can be seen praising the film and appreciating the cast and work of the film, including Amitabh. It can be seen in the video that Aamir Khan got so emotional after watching the movie that Ropare and Kaha is a very good movie, even he has no words to say about the movie. Aamir Khan further said that the film “Jhand” is one of the best films of Amitabh Bachchan’s career. He also encouraged the children working in the film. It should be noted that the film “Jhand” is based on the life story of social worker Vijay Bars who encouraged the children living in the slums to form a football team. The role of social worker Vijay is played by Amitabh Bachchan in the film. The film “Jhand” started making in 2018. The director had set up the film in Pune four years ago but the shooting was stopped due to lack of funds. Later, Indian music company T-Series decided to produce the film. Producer Sandeep Singh had revealed in an interview that Amitabh Bachchan had reduced his remuneration for the film. Because Big B loved the script. Amitabh Bachchan surprised him by saying, “Instead of spending on me, let’s spend on film.” Remember that the movie “Jhand” has been made under the banner of Indian music company T-Series. The film will be released on March 4.

Like Loading...
previousenough!! Shah Rukh Khan’s big announcement after 4 years, you will be stunned to hear
nextThe issue of dancing in the mosque: bad news for Saba Qamar and Bilal Saeed, the court ruled
We use cookies on our website to give you the most relevant experience by remembering your preferences and repeat visits. By clicking “Accept All”, you consent to the use of ALL the cookies. However, you may visit "Cookie Settings" to provide a controlled consent.
Cookie SettingsAccept All
Manage consent