Why is Sushmita Sen far from the screen these days? The actress explained the real reason 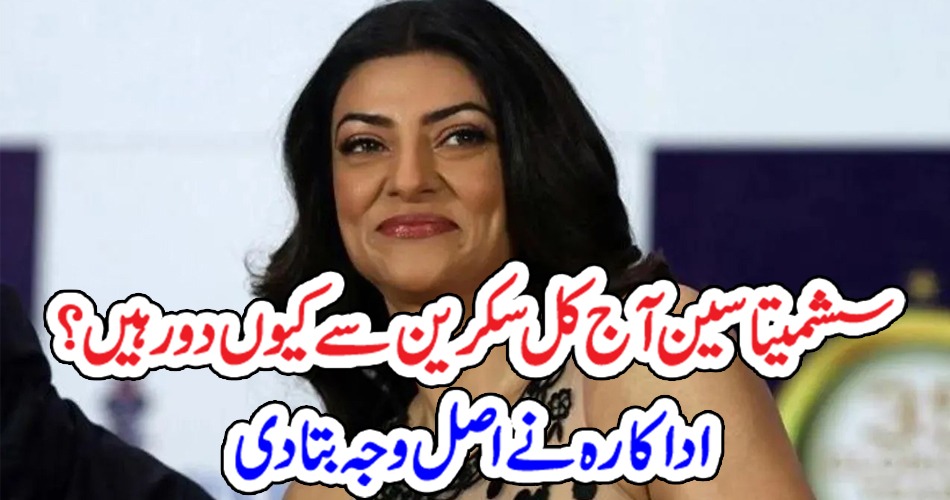 Mumbai (Web Desk) India’s first Miss Universe actress Sushmita Sen has stated the real reason behind her disappearance from the screen in Bollywood and said that mainstream Bollywood is not offering me the kind of roles I want. “I think so,” said Sushmita Sen in an interview with The Hindustan Times

The 10 year gap has changed my priorities, these priorities tell me what to do and what not to do, mainstream cinema is not giving me what I want, one reason for my distance from the screen is my own incompetence. Yes, I feel reluctant to connect with people, I’m not good at connecting with people, so I don’t even get a job in movies. Farid Khan and Shah Rukh Khan were seen together in the movie “Dulha Mil Gaya”. According to Indian media, Sushmita Sen had spent twenty days doing a scene while smoking a cigar in the series “Arya Two”.

Like Loading...
previousAfter the marriage broke up, actress ‘Faryal Mahmood’ released a big message
nextWhat is the price of the shoes that Mahira Khan is wearing? Let your senses fly knowingly
%d bloggers like this: