“The purpose of anyone who criticizes me is …” What does Sunny Leone do with those who “troll” on social media? 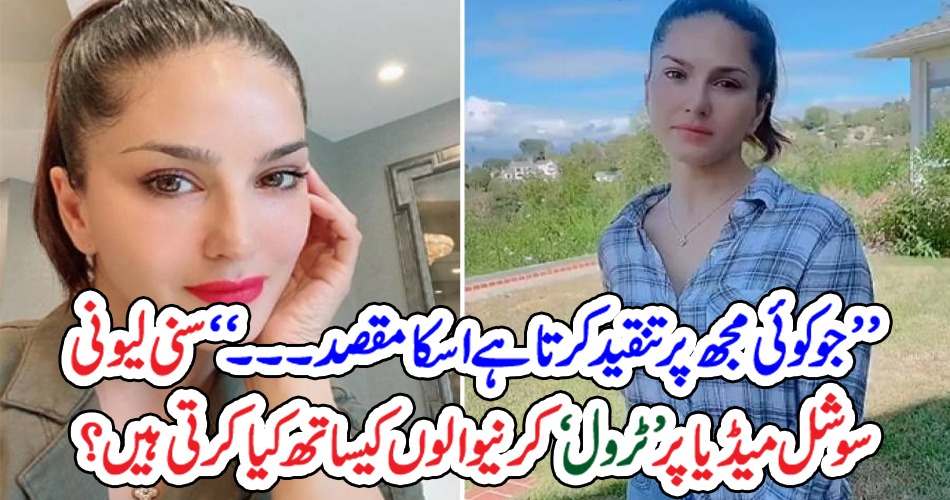 Mumbai (Web Desk) Leading Bollywood actress Sunny Leone has revealed in an interview how to deal with critics on social media. Social media trolling on social media is now very common. Politicians as well as actors and singers are also trolled on a daily basis.

It’s hard to believe that celebrities lose control of themselves and critics are scolded. But what do Bollywood actresses do with these trolling ladies and gentlemen? You must like his method too. Recently, an interview of Sunny Leone went viral in which she was asked how do you face criticism or trolling on social media? Giving a detailed answer to this, he also told other affected artists how to deal with the critics. Sunny Leone said that he does not care about the users who criticize on social media because they are not a part of his life. The actress said that if someone criticizes someone on social media, the purpose is to get full attention. So the best way to deal with these critics is not to read their comments and to “block” them. That’s why I block trolls on social media. Sunny Leone added that users who sit on social media and criticize go after the artists who impress them the most. Their only purpose is to get attention. They are like little kids who want attention now, whether it’s from a good thing or a bad thing. Sunny Leone is often criticized on social media for her flop movies and past work.

When asked how she endures all this? So the actress said, “I don’t care what anyone says, because these people are not a part of my life.” Block all these people for Because blocking is easy. I think a lot of people should do this so that we can live in a better place. They do not support me, they are not part of my life in any way, they are not part of my family, they do not eat with me, they are not my friends, they are nothing to me. About the children, he said that their children are only 4 and 6 years old now and they have kept their children away from social media. She and her husband strictly adhere to the “no-phone policy” at home, which is why their children are unfamiliar with social media applications. They will allow their children to use mobile phones and social media at the right time and at the right age. Will be shown from This web series is directed by Vikram Bhatt. Along with Sunny Leone, actress Sonali Siegel, Rahul Dev, Sameer Soni, Shehzad Sheikh and Aizaz Khan will also be seen in important roles in the web series “Anamika”.