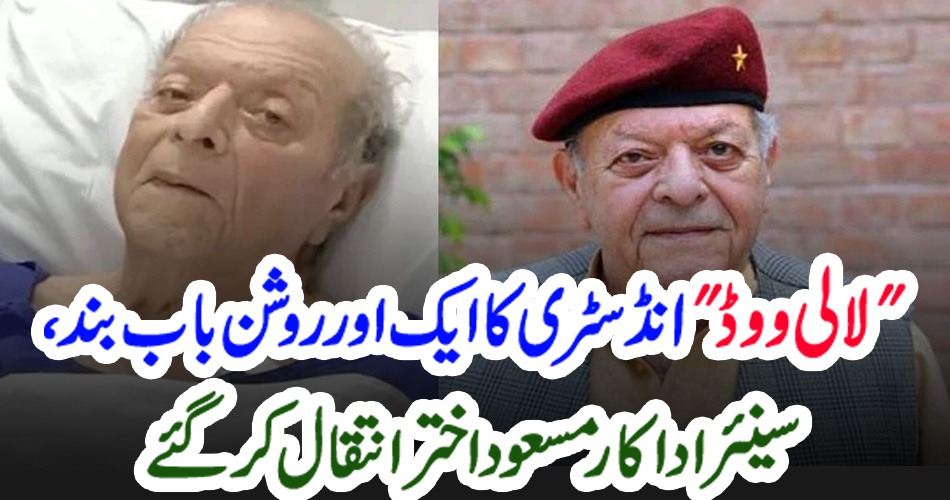 LAHORE: Senior actor Masood Akhtar has died at the age of 82 after a long illness. According to family sources, Masood Akhtar was undergoing treatment at a private hospital for the past one month. Will be done

It may be recalled that artist Masood Akhtar, who gained popularity from TV dramas, acted as a villain in many films. His performance in the film ‘Sangdal’ was appreciated. Actor Masood Akhtar also received Pride of Performance Award for his artistic services. Famous Pakistani actor Masood Akhtar was born on September 5, 1940 in Sahiwal. He started his artistic career in the 60’s and soon became one of the famous stage actors. He was awarded the Presidential Medal for Excellence by the Government of Pakistan on August 14, 2005.