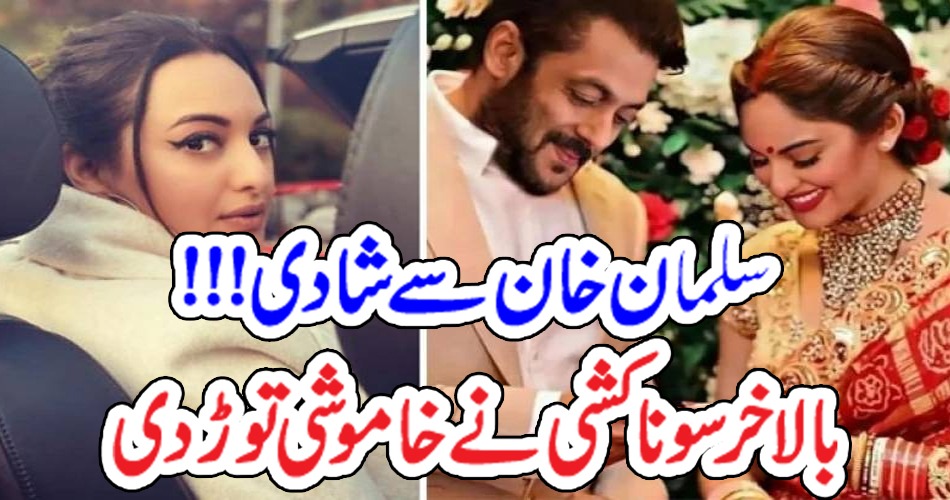 Mumbai (Monitoring Desk) Leading Bollywood actress Sonakshi Sinha has reacted to the news of her marriage to Salman Khan. According to details, an edited photo of Salman and Sonakshi went viral on social media in which Salman was wearing a ring to Sonakshi and the actress was dressed in a red saree on the occasion. Indian users were claiming that Dabangg Khan By

He has secretly married the actress, after which the Indian media clarified that the photo has been edited and all these news are baseless. Salman Khan is still silent on the news of the wedding, but Sonakshi commented on the news on the social media account of the Indian media, saying, “Are you people so stupid that you can’t tell the difference between the original and the edited picture?” The number of people who liked Sonakshi’s comment was in the thousands, users criticized those who spread false news.