Why did a US court declare Kim Kardashian, a mother of four, “unmarried”? 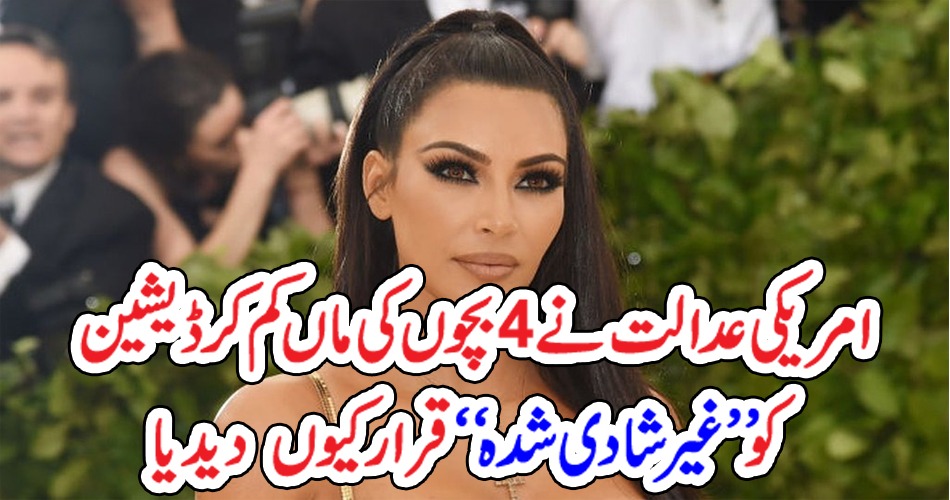 NEW YORK (Web Desk) – A U.S. court has ruled that TV star Kim Kardashian, 41, is “single” or “unmarried.” Kim Kardashian is a mother of four. Kim Kardashian recently filed a lawsuit in a local court in Los Angeles, California, a few weeks ago.

Earlier, in February 2021, Kim Kardashian had filed a petition in the aforesaid court for divorce from Kanye West, seeking immediate cancellation of her marriage registration. Her husband has been misrepresenting her relationship with her. She had appealed to Kanye West to keep the divorce case a secret and move on to ending the marriage, but she is adamant about her marriage and relationships and children. Spreading false information about her on social media and introducing her as his wife.