Dania Shah is also ready to come on the big screen, what will be the first project? Amir Liaqat told 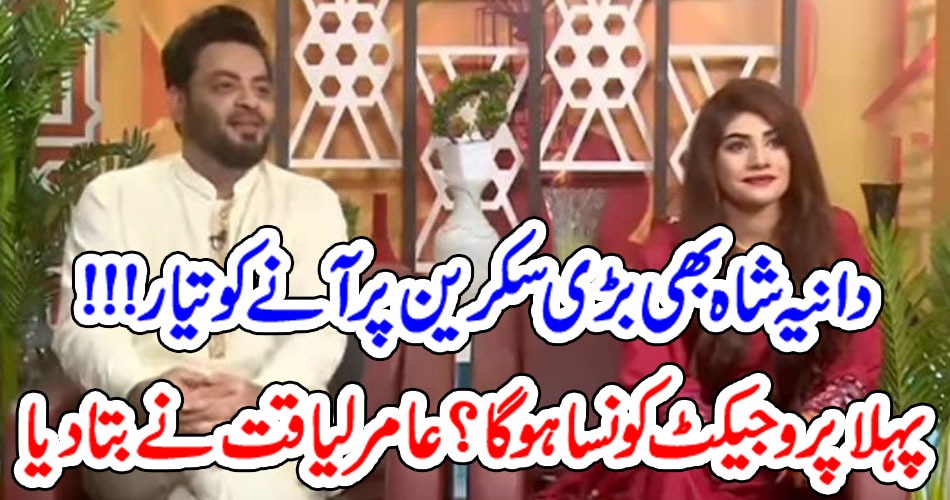 Karachi: (Web Desk) Pakistan Tehreek-e-Insaf (PTI) leader, National Assembly member and host Amir Liaquat Hussain along with his third wife Dania Shah have announced to do Ramadan transmission this year. Popular fashion magazine said in a post on its Instagram account yesterday that Aamir Liaquat Hussain will be seen in the Ramadan transmission with his new wife Syeda Dania Shah. Amir Liaquat Hussain confirmed this news by sharing this post of the magazine on his Instagram account. It may be recalled that a few days ago, Aamir Liaquat, while giving an interview to the same magazine, had said about the arrival of his third wife Dania Shah in the showbiz that he would bring Dania in the showbiz. He had said that he had already brought his wife (Tobia Anwar) with him and had introduced her in showbiz. I will also bring Dania with me in the Ramadan transmission. It may be recalled that Aamir Liaquat Hussain had announced his third marriage to 18-year-old Tak Takar Dania Shah on February 10 last month. Aamir Liaquat made the announcement just a day after confirming the divorce of his second wife Tobia Anwar. 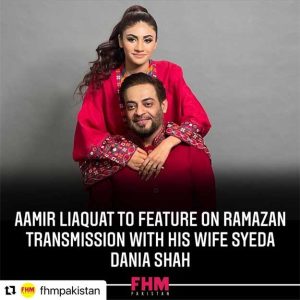