What did Shah Rukh Khan do to his driver at the airport? The video went viral on social media 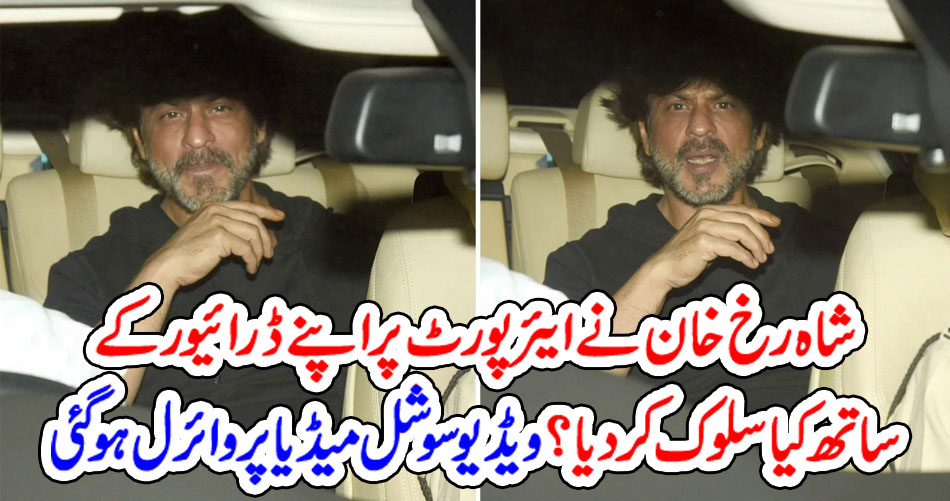 Mumbai (News Desk) Bollywood superstar Shah Rukh Khan is not only a hero in movies but also a hero in real life. The video of him embracing the driver while going abroad at the airport has gone viral on social media. According to the details, Shah Rukh Khan left for Spain yesterday in connection with the shooting of his film “Pathan”.

He did not stop at the airport to pose for the media, but was seen quietly entering the airport. However, before entering the airport, he lovingly hugged his driver. Shah Rukh Khan’s act was captured on camera by the media representatives present there. The video later went viral on social media and fans hailed Shah Rukh Khan’s action as “humble” and praised him as King. Khan has such a good attitude towards his co-workers. It should be noted that Shah Rukh Khan, the king of Bollywood, had shared the teaser of his movie “Pathan” three days ago and announced the release date of the movie. King Khan’s film will be released on January 25, 2023 next year. Apart from Shah Rukh Khan, Deepika Padukone and Jan Ibrahim are also playing important roles in the film.