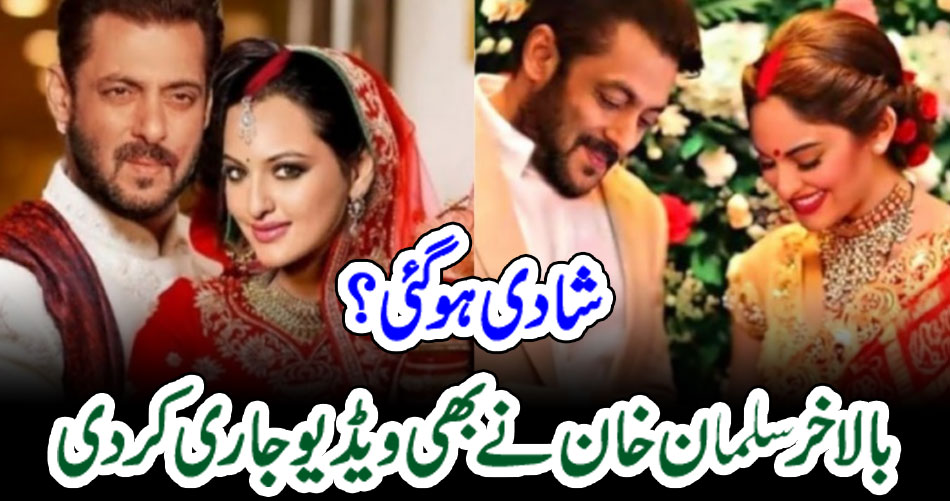 Mumbai (Web Desk) Bollywood superstar Salman Khan has come to the fore with a question related to marriage. In which he is seen asking himself questions about marriage. Salman Khan had played the role of Prem in the film and the same role in the video is a question from the present Salman Khan

Does that ‘and marriage’? To which Dabangg Khan replied that it was done, so Prem was shocked to hear this and asked again in astonishment, to which Salman Khan remained silent. It should be noted that the Bollywood star has also written the word ‘ad’ in the caption of the video, meaning that the video is related to an advertisement. However, the full details of the said advertisement have not come to light yet The story behind the video sharing is also not clear yet. It should be noted that yesterday Bollywood actress Sonakshi Sinha had broken the silence on the news of secret marriage with Salman Khan and declared the photos as edited.