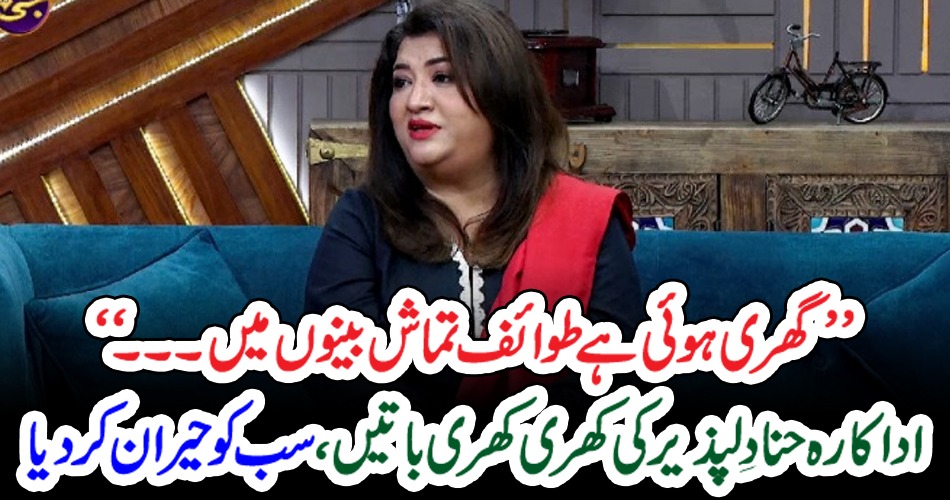 Lahore (News Desk) – Hana Dalpazir, who rose to fame with Momo’s role in a private channel’s drama Bubble, says that there was no plan to make Bubble so long. Speaking on a program on a private TV channel, Hina Dilpazir said, “I am just a drop of water. I may not believe what I have done. Acting is a spiritual event, but its

There is also my own effort which I do. He said that for the widow of the holy lady I had to work for more than a hundred characters which was limited to twenty five characters. Gone and I had to play the role of Nabeel’s mother for only one day. Hanadalpazir said that Nabeel and Mahmood helped me a lot in this serial and I did not plan to run the bubble serial for so long. It has reached children. The number of comedy writers is dwindling. The reason is that we have sidelined the great writers. Now the scripts are written on the likes and dislikes. He said that never at home like Momo. If I ever speak, my son says don’t be a mom at home. I used to be the monitor in English class but the next class was Meth in which I used to stand outside. There are prostitutes in the audience.

Like Loading...
previous“This is my biggest weakness,” Mia Khalifa shared the photo
nextWhat did people think and what was the reality? Zara Noor Abbas made an important revelation about herself
%d bloggers like this: