Why is Kareena Kapoor’s son angry with his father Saif Ali Khan? An astonishing reason came to light 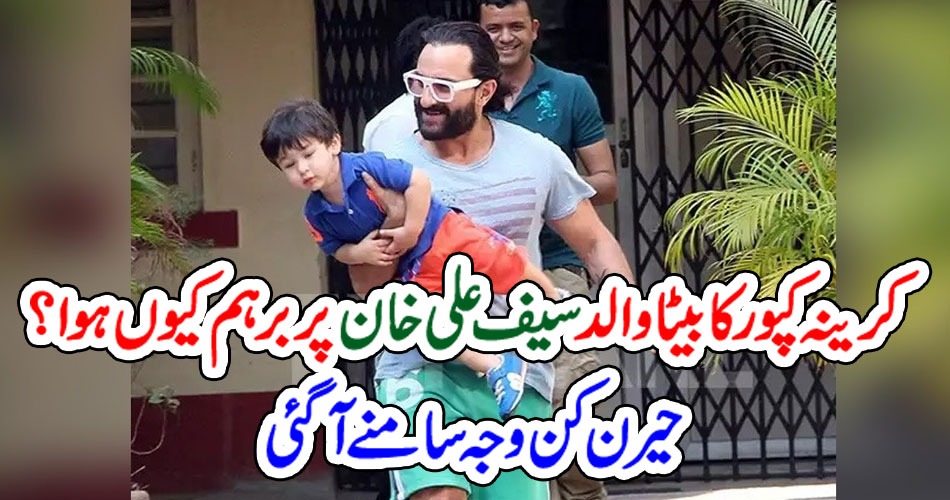 Mumbai: (Web Desk) The video of Bollywood star Saif Ali Khan and Kareena Kapoor’s son Timur Ali Khan’s father getting angry is going viral on social media these days. In the viral video, it can be seen that when Saif got out of the car with his son Timur, his son was in a bad mood. Meanwhile, the actor also tried to convince Timur but he failed. Timur Ali Khan also showed his anger by gently slapping his father, then Saif Ali Khan walked with his son smiling. It should be noted that a few days ago, actress Kareena Kapoor had said in an interview that Saif Ali Khan spoiled Timur so much that sometimes he is upset. In the interview Kareena Kapoor further revealed that I am not very strict, I think I am quite calm and cool but I have to create some more discipline because Saif has made Timur so bad. That it bothers me sometimes.

Like Loading...
previousWhat did Hareem Shah do to the song ‘Kacha Badam’? Consumers are on fire
nextWhen rumors of marriage to Rimsha spread, a woman reached home and gave what? Actor Affan Waheed made an interesting revelation
%d bloggers like this: