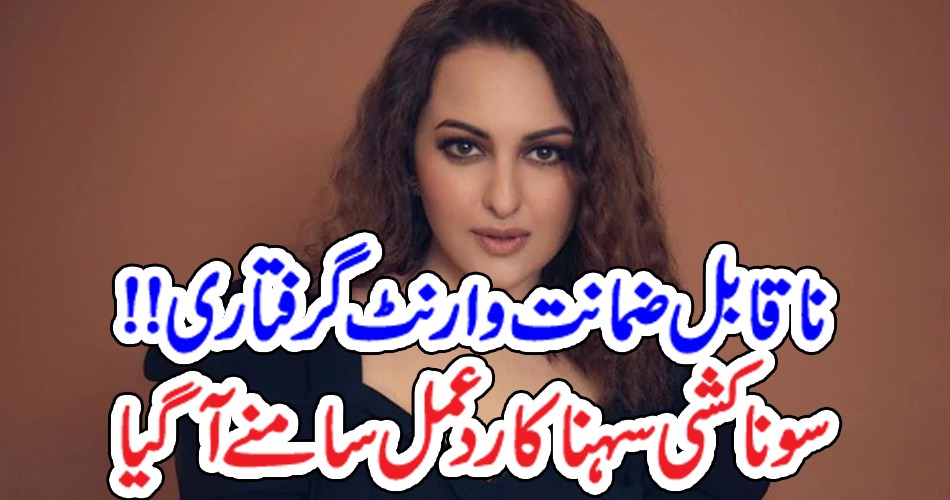 Mumbai (Web Desk) – Bollywood actress Sonakshi Sehna’s reaction to the issuance of a non-bailable arrest warrant in a fraud case has also come to light. “Resolved. He asserted that his confession had been obtained through torture

Wants to get cheap reputation by using and damaging my reputation. Sonakshi Sehna wrote in her Instagram story that the front was opened by spreading news against me without any confirmation for a few days. This is completely baseless news. A bully is trying to harass me. Don’t spread such news because the purpose of this news is only that the person who spreads the news only wants to get publicity and wants to collect money from me. The court had issued an arrest warrant against him and directed him to be produced before the court on April 25. An advance of Rs 2.8 million was paid to her where she had to attend as a special guest. The actress did not attend the ceremony and did not return the money. Event organizer Pramod Sharma had lodged a complaint against the actress in 2019 after allegedly trying to recover the money. According to sources, the actress had signed a memorandum of understanding to attend the ceremony. However, on the day of the event, Sonakshi had asked the team to change the timing of the event, but the organizers refused to comply with the demand, which prevented Sonakshi from attending the event.