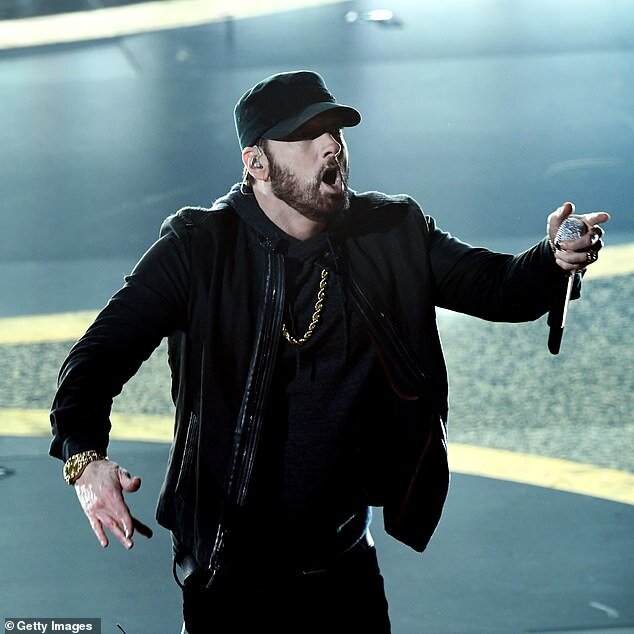 The recent spike, which comes in the wake of his recent performance during the Super Bowl Halftime Show with Dr. Dre, Snoop Dogg, 50 Cent, Kendrick Lamar and Mary J. Blige, now makes him the most awarded musical artist for singles in RIAA history, according to Variety.

The Detroit rapper also joined a prestigious list as one of seven musicians in any musical genre or era with three or more Diamond Album Awards.

Record-setter: Eminem made history when he received 73.5 million new Gold and Platinum Program certifications, making him the most awarded musical artist for singles in RIAA history; he’s seen performing at the 92nd Annual Academy Awards in February 2020

Eminem (born Marshall Bruce Mathers III), 49, had already been considered among the best-selling musical artists of all time.

But the new certifications pushed him over the top, into a league all of his own, in terms of singles.