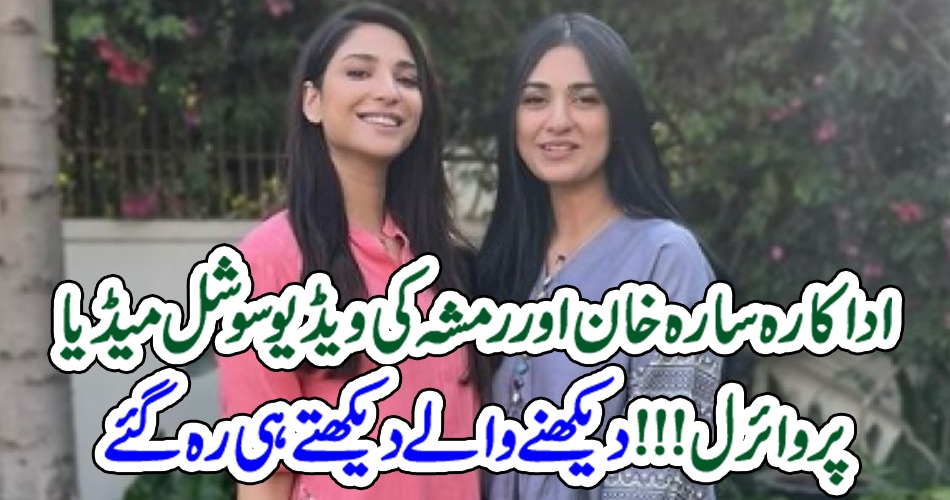 LAHORE: A recent video of actress Sara Khan and actress Ramsha Khan in which they are cooking together has gone viral on social media. A video of the scenes behind the scenes has surfaced in which the two are together

Cooking, the video shows how the two actresses are demonstrating their cooking skills. If we talk about the drama, it will be aired in Ramadan and will feature Sara Khan and Ramsha Khan in the lead roles. The role will be played by actor Ahad Raza Mir.