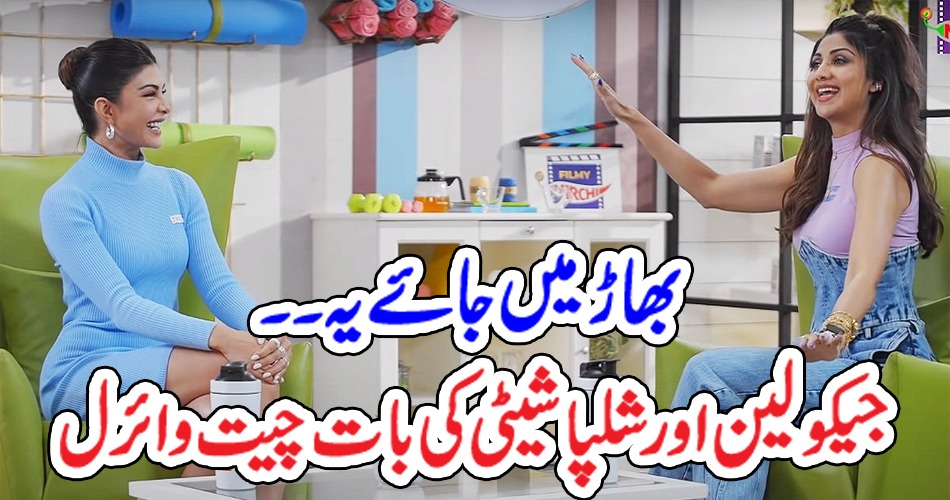 Lahore: (Web Desk) Actress and fitness enthusiast Shilpa Shetty Kandra is preparing for the release of her upcoming chat show. Entitled ‘Shape of You’, the show will feature a number of celebrities, including Shahnaz Gul, Masaba Gupta, Shamita Shetty, Raquel Preet Singh, John Abraham and rapper.

Kings will be seen talking about fitness, mental health and other topics. In a recent promo, actress Jacqueline Fernandez also talked about her mental health and the conflicts around her. In the video, Jacqueline can be heard saying, Later, Shilpa Shetty tells Jacqueline, “Whether there is a conflict or not, these people go to hell, we will live our lives.” There is only one life. ” Sharing the promo, Shilpa wrote on her Instagram account: “There are many roles to play, but the one I am most excited about is the well-being. I’m going to talk to a lot of my friends. And we’ll talk about his fitness journey, his mental and physical struggles, and some of the secret spells of life that he follows. ” Since then, she has been away from the public and the media. Jacqueline Fernandez has not had a good start to the year. Last month, his mother was diagnosed with a heart attack. In the midst of a turbulent phase in her personal life, the actress released a statement. He asked on his Instagram handle not to spread his private photos and not to attack his privacy in difficult times.

Like Loading...
previousVideo of actress Sara Khan and Rimsha goes viral on social media !!! The onlookers just stared
nextTobia told everyone about her true love that helped her in difficult times
We use cookies on our website to give you the most relevant experience by remembering your preferences and repeat visits. By clicking “Accept All”, you consent to the use of ALL the cookies. However, you may visit "Cookie Settings" to provide a controlled consent.
Cookie SettingsAccept All
Manage consent