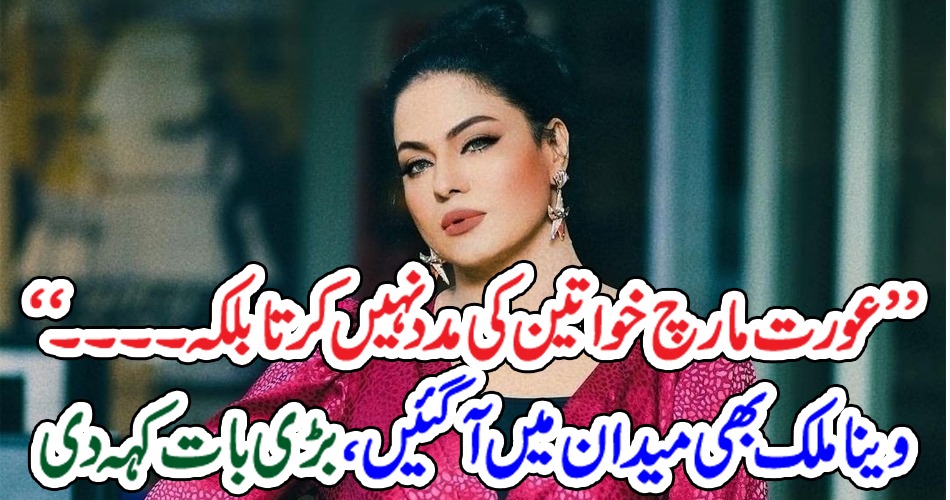 Lahore (Web Desk) Actress and host Veena Malik, while reacting to the “Women’s March”, said that the Women’s March does not help women but creates conflicts. Actress Veena Malik on the occasion of International Women’s Day. I have already expressed my opinion in a viral post on social media. “Around the world on March 8,” he said

International Women’s Day is celebrated in Every year on March 8, women in Pakistan celebrate the “Women’s March” for their rights, freedom of expression and equality. However, some people in Pakistan are against the women’s march and some people are in favor of it. What I feel is that the women’s march is depicting things that are not helping women but only their own conflicts. The actress said that when you are serious, go to the system and change the rules and this method will really help people. My position is that those who make noise are never serious. Speaking about women’s issues, Veena Malik said that women have health issues, equal pay issues and many other things. Women should have rights. But when you are not serious, you take to the streets and shout.

Like Loading...
previousWhich serious Indian actress is this serious girl in the picture?
nextNews of secret marriage is gaining momentum! Another picture of Salman Khan and Sonakshi came to light
%d bloggers like this: