What did Falak Shabbir and Sara Khan do? Social media users came under fire 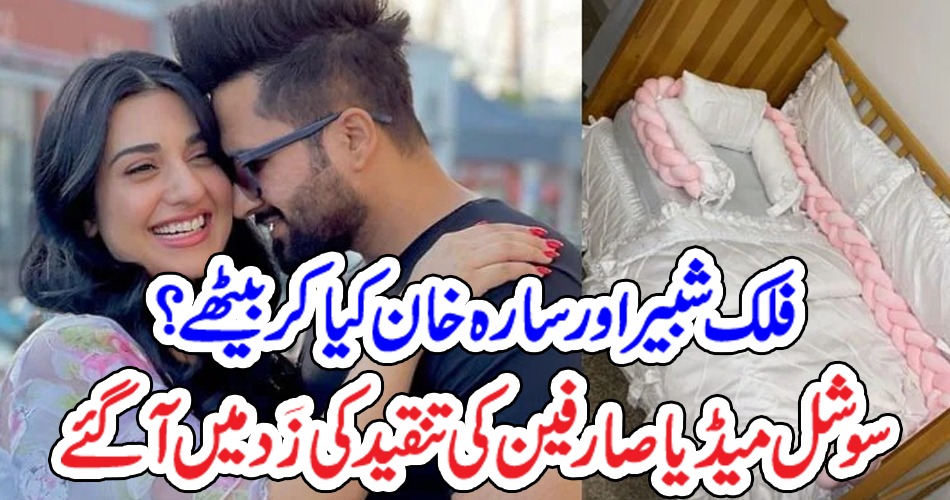 Lahore (News Desk) Nowadays the stars of our showbiz use social media to stay connected with their fans through which they share their daily life and other activities with their fans. This is what our famous showbiz couple did. Actress Sara Khan and singer Falak Shabbir also do, they recently shared a post on their social media account after which

According to the details, the actress recently uploaded a post in which they are both at the dinner table and they have laid their daughter Aliana Falak on the table. Instead of liking her, she was criticized for her irresponsible behavior. One user, Athar Khan, wrote that “the girl is kept like a spoon on a table”. “At least they should buy a baby coat,” wrote Prince Hamza, a user. “The baby is laid on the table like a sandwich.” A daughter of Alia Falak.

Like Loading...
previousGet Your Popcorn Ready! Sonya Hussyn Just Spilled Beans On Her Feud With Faryal Mehmood
nextWhy did Amrita Rao keep her marriage secret for 2 years? The actress herself revealed an incredible revelation
%d bloggers like this: