Which Hollywood super hit movie did Lara Dutta turn down? 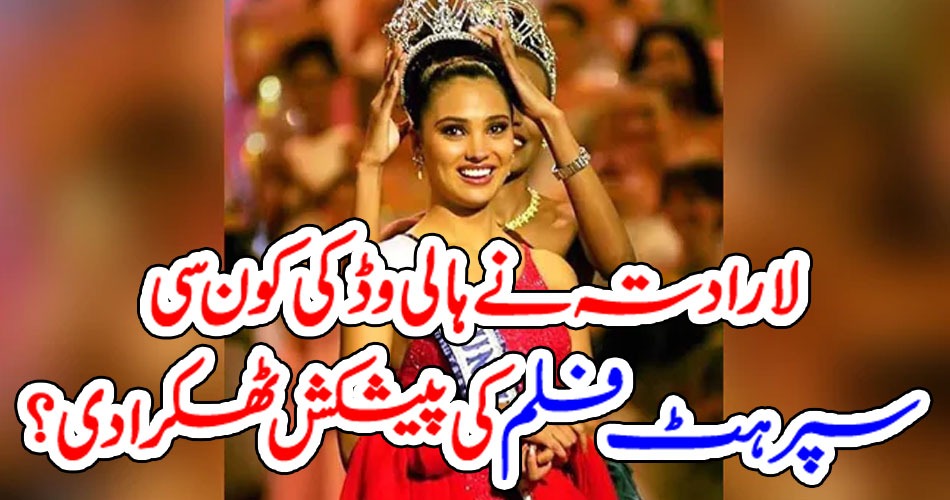 Mumbai: (Web Desk) Leading Bollywood actress Priyanka Chopra is reaching the heights of her film career due to the offer of the Hollywood film “The Matrix Reservations”. But did you know that Priyanka Chopra was not the first actress to be offered by the franchise for this popular film?

In a recent interview with Hindustan Times, Lara Dutta explained the real reason for rejecting The Matrix’s offer. The actress said that it was a difficult time for me when I did not even step foot in Bollywood but I was very clear about what I wanted to do in my life. “I turned down the offer of a movie to take care of my sick mother, everything else was on one side and I had to stay with my mother at that time, I never thought about it a second time and returned to India,” said Lara Dutta. The reason I came to India was not to work in Bollywood but to take care of my mother because she was ill. Asked about his remorse for turning down the offer, Pat Lara Dutta said, “No, I have no regrets about doing anything in my life. Whatever I did, whatever role and movie I chose, it was the best choice for me at the time and I have no regrets about any of them. Regarding how things change for women in the film industry, the actress said that in the early films there were limited roles for women, the role of women was limited to support only. Yes, but now things have changed, I think change has come because of us, we have struggled for our place. Lara Dutta added that now times have changed a lot, before women were divided into specific pictures, I did a lot of comedy at a time when women were not given comedic roles, but now for women. Improved content is being developed.