Here’s what Prabhas has to say about ‘Baahubali 3’ 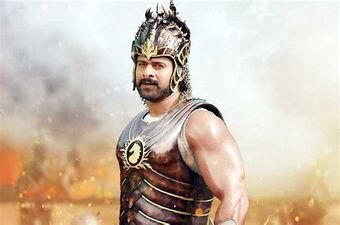 Prabhas made it big with his performance in the blockbuster ‘Baahubali’ series and interestingly, the actor is open to doing a third installment too. The actor had opened up about the impact that ‘Baahubali’ had on his career and expressed his willingness for ‘Baahubali 3’.

“Baahubali is a film I will always hold very close to my heart. The kind of impact it has left in my career can never be matched. Whether Baahubali 3 will happen or not is something I don’t know. But I definitely can’t do immediately, but it has to happen, it will only if Rajamouli wants it,” Prabhas had shared in a group interaction.

Speaking about the strong impact that ‘Baahubali’ had on the audience, Prabhas had told BT, “The audience wants to see Prabhas as Baahubali, and they want that image every time. For me, it is not always exciting. Yes, of course, I enjoy doing it when I take on a project, as we grew up watching films like Superman, Spider-Man and we will continue to make and watch such big films and superheroes on screen, and I will too. But at the same time, I also want to do smaller films. I want to do something different in terms of storytelling and entertaining the audience, and I am planning that.” Currently, Prabhas is basking in the success of ‘Radhe Shyam’, co-starring Pooja Hegde.