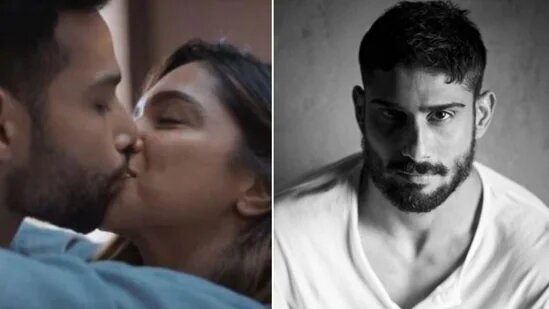 Commenting on the debate triggered around Gehraiyaan release, after Deepika Padukone was asked if she sought Ranveer Singh’s permission, Prateik Babbar has said that he feels a conversation is important, not permission.

Prateik Babbar has responded to the recent debate around whether an actor should seek permission from their partner before working on an intimate scene onscreen. He said that couples should have a conversation about what they are doing, but seeking permission would be wrong. During the promotions of Gehraiyaan, Deepika Padukone was asked about online comments asking if she sought permission from her husband, actor Ranveer Singh. (Also read: Siddhant Chaturvedi reacts to comments that he, Deepika Padukone should’ve got Ranveer Singh’s permission for Gehraiyaan)

In Gehraiyaan, Deepika essays the role of a yoga instructor, who is in an unhappy relationship and gets into an affair with her cousin’s fiance (Siddhant Chaturvedi). Directed by Shakun Batra, the film starred Ananya Panday as Deepika’s cousin and Dhairya Karwa as Deepika’s boyfriend.

Asked whether one should seek permission from the spouse, Prateik told Etimes that it can vary from person to person, and for him, it is important to have a conversation about it. “I don’t think there’s a permission that needs to be involved. Maybe actresses like that exist who have to take permission from their spouses. In my opinion, I think it’s wrong. Because the spouse needs to respect what the other spouse is doing.” He added that spouses must understand the demands of the careers of their respective partners. “This comes with the territory, being an artist or actor. Communication is the key. You must have a conversation about it, you must be on the same page. But taking permission?”

Like Loading...
previousDog throws a tantrum as its human leaves it alone for a while. Watch cute video
nextKapil Sharma denies Vivek Agnihotri’s claim that he refused to invite The Kashmir Files cast on show: ‘Ye sach nai hai’
%d bloggers like this: