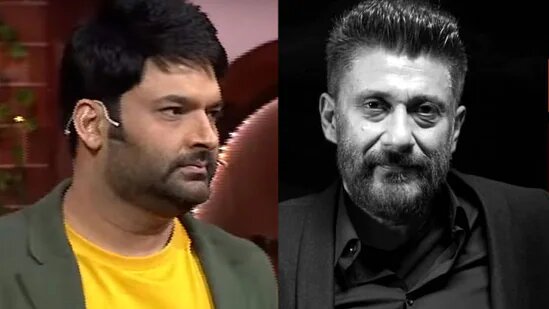 Kapil Sharma has reacted to a Twitter user who asked him about not inviting The Kashmir Files actors Anupam Kher, Mithun Chakraborty and others on The Kapil Sharma Show.

Kapil was thanking singer Palash Sen for coming on his show. One of his followers reacted to his tweet, “#KashmirFiles ko promote karne se kyu ghabra gaye Kapil? Kis baat ka dar tha jo #VivekRanjanAgnihotri aur unki film ki suprasiddh starcast ko apne show par aane ka nyota nahi dia? (Why were you afraid of promoting The Kashmir Files? What were you afraid of that you didn’t allow Vivek Agnihotri and his celebrated star cast to come on your show)? I used to be a big fan of yours bro, but you have disappointed me and millions of #TKSS fans. Boycotting you.”

Kapil Sharma reacted to one of his followers about The Kashmir Files controversy.