When and how did Deepika first meet Shah Rukh Khan? The actress told 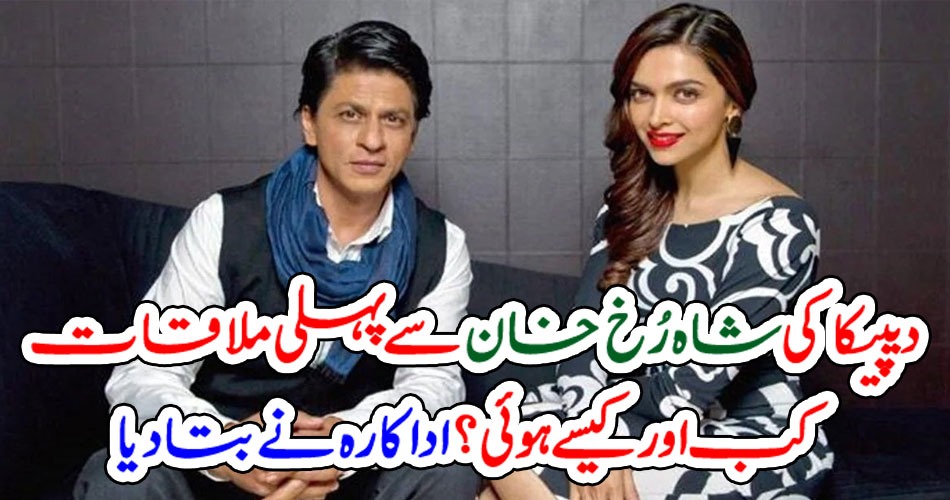 Mumbai: (Web Desk) Leading Indian actress Deepika told the story of her and Shah Rukh Khan’s first meeting. According to Indian media reports, while giving an interview to a magazine in Spain, Deepika Padukone told about her first meeting with actor Shah Rukh Khan.

The famous Indian actor told the story of his first meeting with Shah Rukh Khan. According to Indian media reports, while giving an interview to a magazine in Spain, Deepika Padukone told about her first meeting with actor Shah Rukh Khan. Deepika Padukone said in the interview that she was shocked at the first meeting with Shah Rukh Khan, I was sitting nervously on the edge of the sofa and I did not understand what was happening around me. The actress revealed that she had never auditioned for the movie “Om Shanti Om”. “Even today, when I look at director Farah Khan, I don’t know what she was thinking at the time,” said Deepika. “My first experience was that I was put on a plate, I was treated very well and I was taken care of, I started to think it would always be like this and the directors would always make sure that I acted well I do, but after doing many films I realized that this is not always the case. It may be recalled that Deepika had acted with Shah Rukh Khan for the first time in “Om Shanti Om” and her chemistry was much appreciated. It is to be noted that Deepika Padukone and Shah Rukh Khan are currently shooting in beautiful places in Spain for a song of their new movie “Pathan”.