#BigStory: The impact of Russia-Ukraine war on Indian entertainment industry 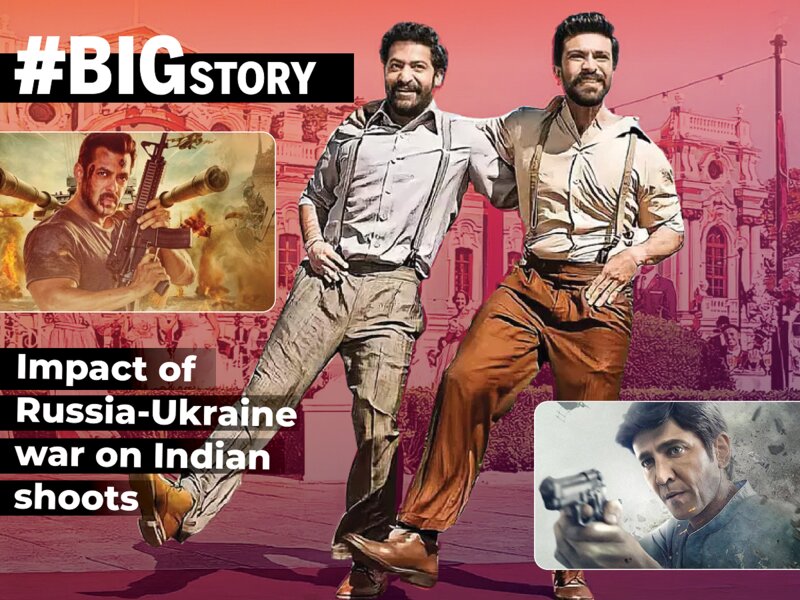 ‘War settles nothing. There is no glory in battle worth the blood it costs. I hate war as only a soldier who has lived it can, only as one who has seen its brutality, its futility, its stupidity.’
When a war breaks out, it does more damage than is visible to the naked eye. Lives are lost, houses destroyed, near and dear ones separated. Those who come out of it alive are left with years and years of trauma that can travel through generations. The magnitude of loss it can cause to business, property, lifestyle is unimaginable. Dwight D Eisenhower could not have summed it up better in the above lines when he said war is brutal, futile and outright stupid.
The ongoing attack that Russia launched on Ukraine is being globally condemned. Ukraine and Western allies call this a baseless pretext for an invasion that has raised fears of a wider conflict in Europe. With no signs of Russia withdrawing the attack, the war will only hit the world economy harder as it also tries to recover from the coronavirus pandemic.
Immediate and long term impacts will be noticed in India too in terms of global trade, capital flows, financial markets and access to technology. Oil prices have surged, stock markets crashed; even the Indian entertainment industry will take a hit. According to Yale School of Management, more than 300 companies have shut operations in Russia in the past two weeks over the Ukraine invasion. Netflix, TikTok, studios like Walt Disney Co, Paramount Pictures, Sony Corp, Warner Media, Universal Pictures have also halted operations in Russia.
Ukraine has been a popular shoot location for Indian projects. ‘RRR’, ‘99 Songs’, ‘Dev’, ‘Winner’, ‘Special Ops’ are some of the Indian productions that have been shot in picturesque locations of Ukraine. The ongoing war and its after effects will certainly have an adverse impact on the movie making business. In this week’s #BigStory, we speak to industry insiders and find out.