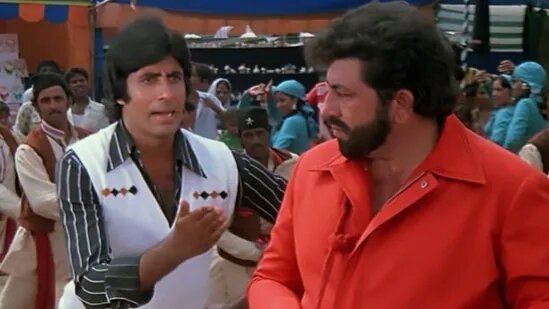 Amjad Khan’s wife has said that it was Amitabh Bachchan who had signed the hospital documents for her husband’s surgery. Amjad met with a road accident ahead of shooting for The Great Gambler.

Shehla Khan, the wife of late actor Amjad Khan, has recalled the time when her husband met with an accident ahead of the shooting of The Great Gambler (1979) and needed surgery. In a new interview, she said that actor Amitabh Bachchan had then given his signature in hospital documents for the doctors to perform a tracheostomy on Amjad. Shehla said that Amitabh ‘must have been nervous’ as nobody was sure if Amjad would make it. (Also Read | How Sholay director Ramesh Sippy cast Amjad Khan in the role of Gabbar Singh)

Amjad’s wife said the accident took place at Sawantwadi, near Goa, when she was six months pregnant with their daughter Ahlam. Her face smashed and her bones were broken, she said. While her right hand was in a sling, her left hand was out of the socket. As of Amjad, 13 of his ribs and also his femur bone were broken. The steering wheel had ruptured his lung after penetrating his chest. He was gasping for breath and also had internal bleeding. Shehla said that Amjad was ‘more worried’ about her and losing their child.

In an interview with Pinkvilla, Shehla Khan “A mob had gathered outside the hospital in Sawantwadi. ‘Gabbar Singh ko bahar lao (Bring Gabbar Singh outside)’ they kept saying. The doctors sent us to Panjim or else the crowd would have pulled down the hospital. He had to be operated in Goa and that’s when Amitji (Bachchan) gave his signature for the doctors to proceed with the tracheostomy (a surgical procedure to ease breathing).”