Aamir Khan reveals Kiran Rao and he separated ‘to give respect to the institution of marriage; talks about his cordial equation with ex-wives 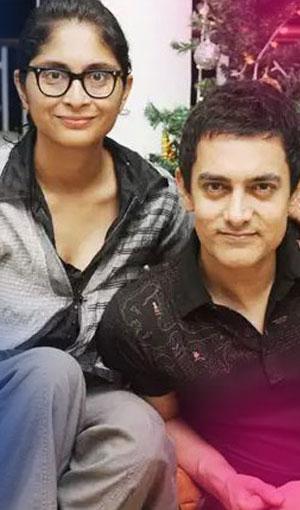 Aamir Khan does not give too many interviews. But in his latest interview with News18 India, he has spoken at length about his split from Kiran Rao. He said that Kiran Rao and he still love one another with a great amount of mutual respect and fondness. The superstar also spoke about how people found it tough to believe that he had such cordial equations with his ex-wife. He told the channel, “It’s difficult for people to understand. This is because, usually, we don’t see a bond like this (among couples who separate).” Also Read – Alia Bhatt TRUMPS over Deepika Padukone, Katrina Kaif and other Bollywood actresses to be the MOST POPULAR Female star

Aamir Khan and Kiran Rao separated last year. He said that they had a long discussion on the matter. He said that the two consider one another family. Aamir Khan said he was very close to Kiran Rao’s family. But he said that their relationship as a husband and wife had changed. He told News18 India, “And we wanted to give respect to the institution of marriage. We are going to hold each other’s hands and move ahead.” It seems the two are working together. They collaborate on projects of the Paani Foundation. It seems Kiran Rao lives in the same building as the actor. Also Read – Dia Mirza introduces Avyaan Azaad in an adorable post; Priyanka Chopra, Kareena Kapoor Khan and others send love

The superstar said that he was lucky to be on good terms with both his ex wifes. Aamir Khan said Reena Dutta and he married when they were too young. The couple grew up together. Despite the split, the two are still going strong as friends and associates. Aamir Khan said that this happened as she is a good human being. And she feels that Aamir Khan is also a good human. He told the channel, “Me, Kiran ji, Reena ji and Satyajit Bhatkal have collaborated on the Paani Foundation. In short, Reena ji and I are also working together.” Also Read – Trending Entertainment News Today: Kareena Kapoor Khan shares unseen picture of Karisma Kapoor’s daughter Samaira; The Kashmir Files full movie leaked online and more

Aamir Khan told the channel that couples do tend to fight after they separate. But that did not happen with any of his ex-wives whether it was Reena and Kiran. He also said that his younger sister, Farhat is married to Reena’s younger brother, Rajeev Datta. The home is quite inter-connected. The actor also clarified that he was not dating Kiran Rao while he was married to Reena Dutta. He said he met her during the making of Lagaan (2001). But the two did not know each other well then. He said that

The superstar also said that the family cared for all the children, Junaid, Ira or Azad. They do not wish to cause them pain or turmoil. He said that Kiran Rao and he were committed towards the children. Aamir Khan will be seen in Laal Singh Chadha with Kareena Kapoor Khan.