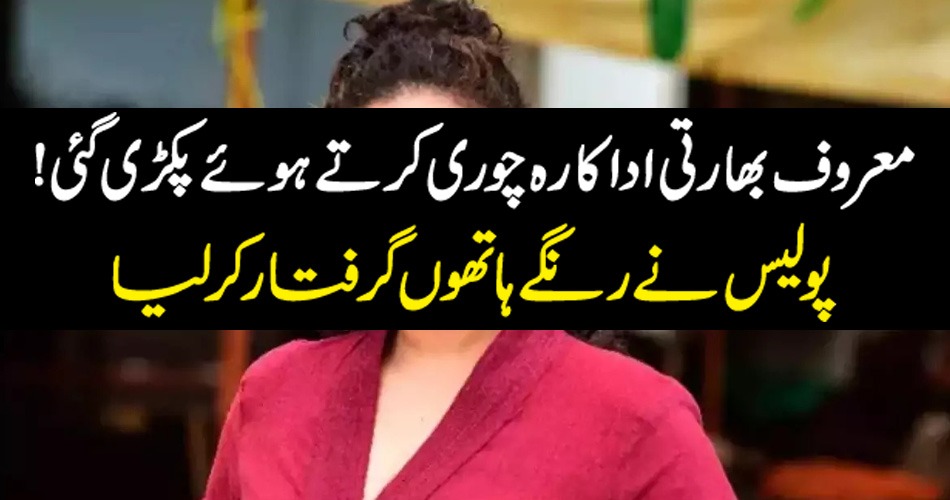 ISLAMABAD (Monitoring Desk) – Bengali actress Rupa Dutta has been arrested on charges of stealing wallets at the International Book Fair in Kolkata, India. According to Indian media reports, television actress Rupa was arrested on Saturday when a police officer saw her throwing a wallet in the dustbin.

According to Geo, according to the police, when the actress was taken into custody and interrogated, her statements were found to be contradictory. However, during the search, several wallets and 75,000 Indian rupees in cash were found in Rupa’s bag. It is being investigated whether any group is involved with them. Earlier, Rupa had falsely accused famous filmmaker Anurag Kashyap of sexual harassment.