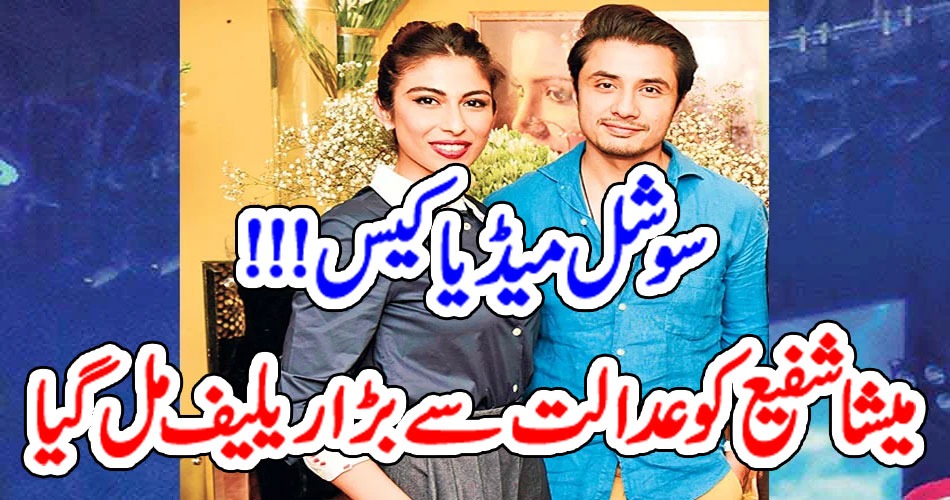 Earlier, the judge had issued a bailable arrest warrant for the singer for not appearing in court. The court later rejected Mesha Shafi’s plea for attendance and said in its remarks that the trial was being hampered by the singer’s non-appearance. Mesha Shafi had filed the petition in the Sessions Court through his lawyer Asad Jamal after the arrest warrant was issued by the magistrate court. At the request of Mesha Shafi, the Sessions Judge, while hearing the case, restrained the Magistrate Judge from taking disciplinary action against Mesha Shafi. The singer’s lawyer Asad Jamal had filed a petition seeking annulment of the magistrate’s order, on which the court restrained the magistrate judge from taking disciplinary action against Ali Zafar and the lawyers of Federal Investigation Agency (FIA) on March 18. Issue notices for The court also restrained the magistrate judge from taking disciplinary action against co-accused Mahim Javed in the same case. The court had also issued a warrant for the arrest of the accused. The magistrate court had ordered Mesha Shafi to appear before the court on March 19 with bail bonds of Rs 50,000. In the case, the magistrate court had issued bailable arrest warrants for Mesha Shafi and Mahim Javed during the hearing on February 9 last month and ordered them to appear with bail bonds of Rs 50,000. Earlier, Mesha Shafi had not appeared in the hearing held in January last year, on which the court had issued a warrant for his arrest. Mesha Shafi had filed a bail application in the said case on December 21, 2021 while the other accused had also approached the court regarding exemption from attendance. The court had reserved its decision on December 24, 2021 in the case of Ali Zafar campaigning on social media by all the accused, which is likely to be announced by next month. Singer Ali Zafar has filed a case against other accused including Mesha Shafi and Ali Gul Pir for running a systematic defamation campaign on social media. Ali Zafar had initially filed a case against him for campaigning on social media with the Federal Investigation Agency (FIA) in 2018, after which the FIA ​​investigated him for almost two years. After two years of investigation by the FIA, the Federal Investigation Agency submitted its investigation report to the court in December 2020. In the report submitted to the court, singer Mesha Shafi, actress Effat Umar, singer Ali Gul Pir and Hamna Raza along with 9 others were found guilty of running false campaign against Ali Zafar and the court was requested to take action against them.