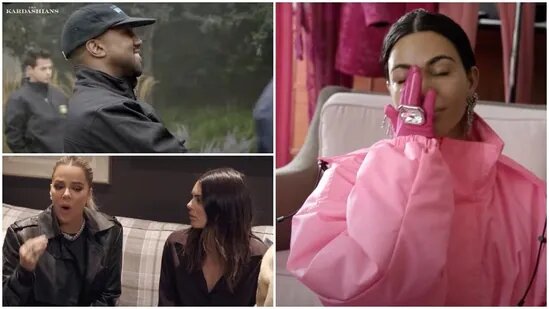 The first trailer for Hulu series The Kardashians is out. It shows the Kardashian sisters and how their lives have changed in the last few months.

The first trailer for Hulu’s The Kardashians is out. Filmed much in the style of superhit, star-making reality show Keeping Up With The Kardashians, the new show will follow the lives of the five famous sisters–Kim Kardashian, Kourtney Kardashian, Khloe Kardashian, Kendall Jenner and Kylie Jenner. Their mother Kris Jenner will also be seen, along with Scott Disick and even Kanye West. (Also read: Kim Kardashian has ‘moved on’ from ex-husband Kanye West: ‘She’s grown a lot since split’)

The trailer opens with panoramic views of (one of) the Kardashian house. Kourtney is in the garden with her fiancé Travis Baker and her kids—Penelope and Mason. She reveals that she is planning for a baby with Travis and clips in the trailer show her at a clinic with Travis holding her hand. Kim is doling out advice for herself as the new show begins—‘just be yourself’. However, Scott is ready as ever to puncture that idea with his usual sarcasm.

Like Loading...
previousWhen will Ranbir Kapoor and Alia get married? A new history has emerged
nextSunny Leone says she can’t lie to her children: ‘They will find out the truth’
%d bloggers like this: