Sunny Leone says she can’t lie to her children: ‘They will find out the truth’ 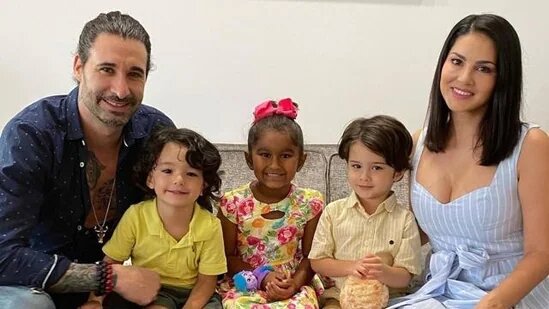 Sunny Leone and her husband Daniel Weber adopted a girl Nisha in 2017, and became parents to twin boys Noah and Asher through surrogacy the following year.

Sunny Leone plans to be honest with her children in order to protect them from negative reports about her and her husband Daniel Weber. Sunny and Daniel adopted a girl Nisha in 2017, and became parents to twin boys Noah and Asher through surrogacy the following year. Also Read| Sunny Leone slams trolls claiming she adopted daughter for publicity: ‘It’s childish, ridiculous. Grow up!’

The actor, who recently slammed trolls for accusing her of treating her adopted daughter differently, said that every scenario is different and she will figure out how to deal with the reports when that happens. However, she believes that honest communication will be the solution to the issue.

Asked how she will protect her children from negative reports about her or their peers reading about her, Sunny said, “I think communication is probably the best thing. I have to hope and pray that if something like that does get mentioned about myself or even Daniel, which I am sure that it will. I would be cuckoo crazy if I didn’t think that it would happen. But I think that communication is going to be the best tool.”