Aamir Khan recalls emptying an entire alcohol bottle at one go: ‘I felt that was not okay’ 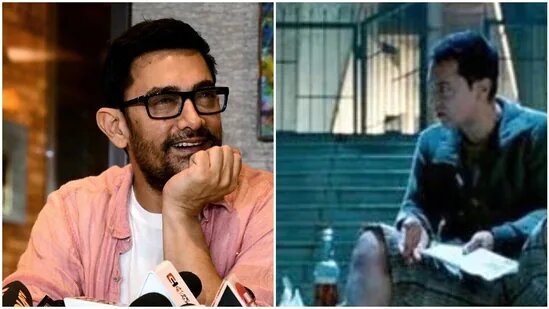 Aamir Khan has recalled emptying an entire alcohol bottle at one go when he used to drink. Here’s why he quit drinking.

Actor Aamir Khan has revealed that earlier, when he used to drink, he would finish an entire bottle in one go. In a new interview, he said that he felt it was not okay and decided to quit drinking. The actor said when a person is intoxicated, they do or say something that they regret later. Laughing, Aamir added that he hasn’t done anything major. However, he said that a person should keep everything under control. (Also Read | Aamir Khan clarifies ‘there was no other person’ when asked about divorce with Kiran Rao)

Aamir Khan spoke about himself ahead of his birthday. The actor celebrated his 57th birthday with the media on Monday. He also spoke about his upcoming film Laal Singh Chaddha and about his children–daughter Ira Khan and sons Junaid Khan and Azad Rao Khan. Aamir was earlier married to Reena Dutta (1986-2002) and Kiran Rao (2005-2021).

In an interview with News18, Aamir spoke about why he quit alcohol. “I want to give you good news. I used to drink sometimes, but I have decided not to touch alcohol ever in my life. Some people take two pegs and they are sorted. But I was never one of those who drank regularly. I used to drink on occasions, but whenever I did sit down to drink, I would finish an entire bottle. I felt that was not okay,” he said.

Like Loading...
previousWatch Ram Charan, wife Upasana swim in icy water, goof around at airport on vacation ahead of RRR release
nextScott Hall aka Razor Ramon passes away at 63; Triple H, Sean Waltman pay tribute to the WWE Hall of Famer
%d bloggers like this: