“Sana Javed said that Manal immediately …” The eyewitness made a shocking revelation. 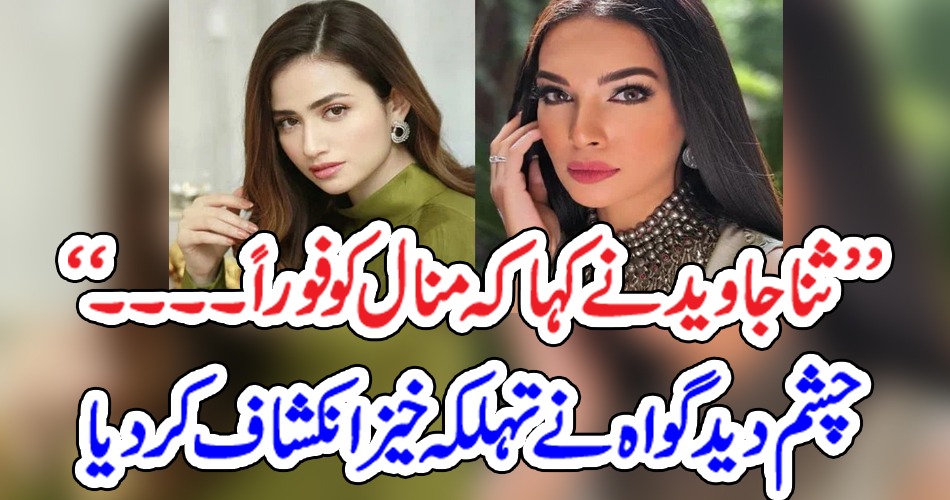 Karachi (News Desk) Make-up artist Syed Hussain has revealed that the allegations of Sana Javed showing insults to model Manal Saleem during a photo shoot are true. Syed Hussain said in a long post on Instagram that I Here’s a look at the current situation

I have come to give an official statement because on the day of this incident, there was only one make-up artist for these two celebrities and at the same time there was an eyewitness. The make-up artist said, Pratna had arrived before Javed and she had started her makeover. She said that as soon as Sana Javed came she asked model Manal to get out of the room. Syed Hussain said that in the middle of the shoot, Sana Javed blocked the shots of Manal, to which Manal protested and Sana responded in strong words. He said that no one has the right to humiliate anyone with his vulgar sentences or to demean anyone with his rude behavior.

Like Loading...
previousFans Celebrate Sajal & Ahad’s Second Wedding Anniversary While The Couple Remains Silent
nextIs there any woman in life after Karan Rao or not? Aamir Khan broke the silence for the first time
%d bloggers like this: