Is there any woman in life after Karan Rao or not? Aamir Khan broke the silence for the first time 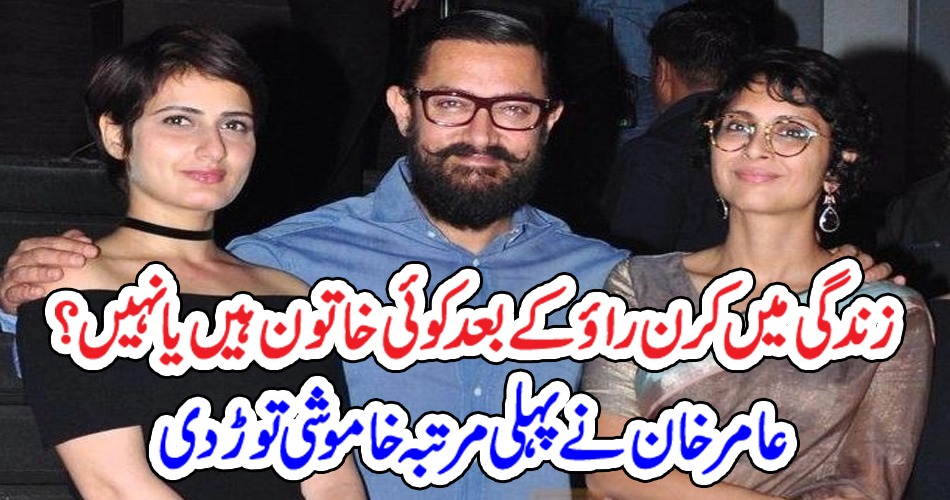 Mumbai (Web Desk) Aamir Khan is one of the famous actors of Bollywood, he showed the essence of acting in many films, recently Aamir Khan explained the reason for separation from his second wife. According to Indian media reports, he In a recent interview with Indian media, he said that the other

Aamir Khan revealed that he could not give time to his two wives Reena Dutta and Karan Rao because of making his career. Sorry. Aamir Khan also revealed that there is no other woman in my life neither in the presence of Karan Rao nor after his departure. Remember that Aamir Khan’s first marriage was to Reena Dutta with whom he had two children Junaid Khan The two were divorced in 2002 after 16 years of marriage. Mr Perfectist had his second marriage to filmmaker Kiran Rao in 2005 which ended in July last year. However, after Aamir Khan’s second marriage ended, News is circulating about the relationship between Dingal Girl actress Fatima Sana Sheikh. However, Aamir Khan has denied this news in the said interview and he has clarified that he has not had any relationship with any woman since his second wife.