What are the 2 most expensive poisons in the world and what are they used for? 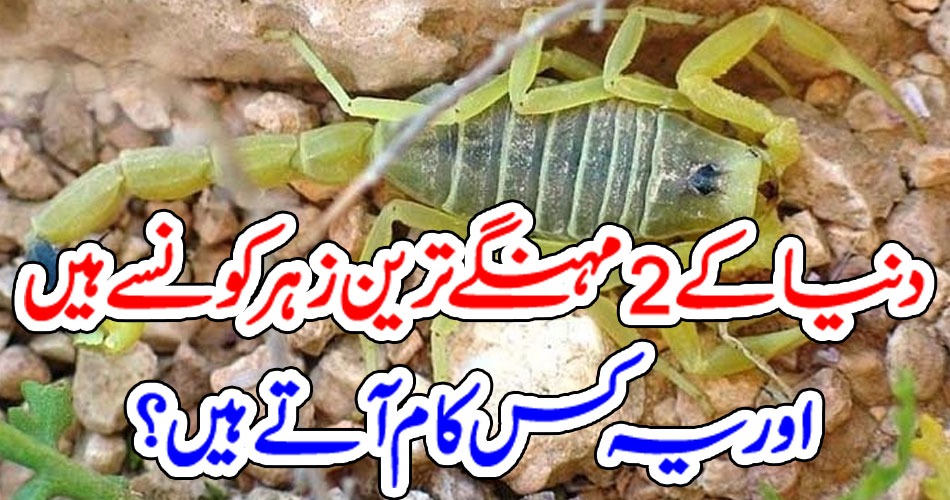 Lahore: (Web Desk) We all know which are the most expensive metals and we also know that we can’t afford to buy them but still if we want to spend our hard earned money on them then about them I have information.

So today we tell you which are the two most expensive poisons in the world and why they are so expensive. Scorpion venom: Scorpion venom is the most expensive liquid in the world, costing more than Rs 1.74 billion per liter. Collecting scorpion venom is dangerous because its venom is extracted by hand and it is extremely difficult to hold in the hand. Which diseases are beneficial? The protein in this toxin can be used to fight multiple sclerosis, arthritis and intestinal disease. It is also thought that when used it can inhibit the growth of cancer cells. 2. King Cobra venom King Cobra venom seems to be a lucrative business as King Cobra venom ranks second on the list of the most expensive liquids, costing around Rs 66 lakh per liter. Properties of this poison: This poison has a unique property that can regenerate nerve cells in the brain. This toxin is beneficial for Parkinson’s disease, a mental illness in which the patient suffers from problems such as walking and maintaining self-balance. It can also be used to treat Alzheimer’s disease and schizophrenia.