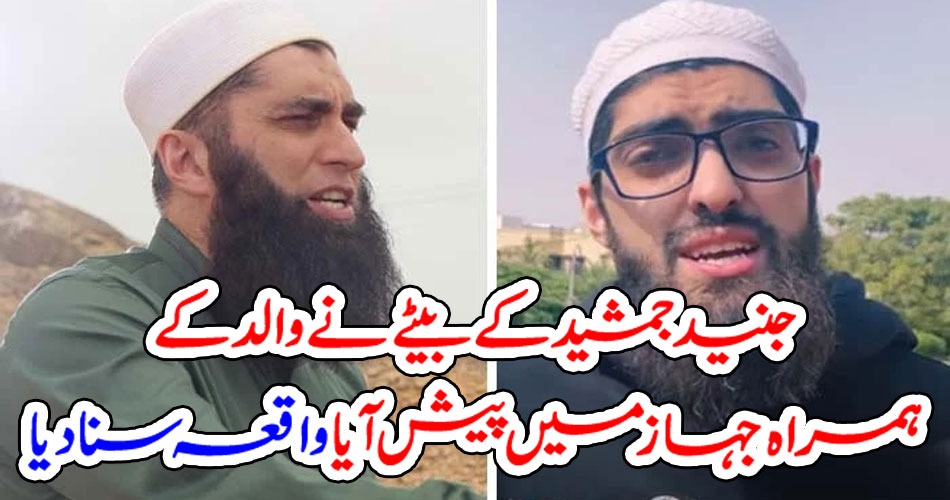 Lahore: (Web Desk) Babar Junaid, son of famous Naat singer Junaid Jamshed, narrated a memorable event of his father’s life to the fans. Babar Junaid shared a video on his YouTube channel and told the story of Junaid Jamshed staying awake all the time.

Junaid Jamshed’s son said that his father had intestinal problems since childhood. Due to this infection, his ablutions did not last long. His digestion was also very bad. However, he never lived without ablutions. Most of the memories I have in my mind are related to ablution. He said that once he had the opportunity to travel with his father, me and another brother Saif were with him and were going to UK from Pakistan, where Baba was to have a charity event in Wales, we were on the plane to see that Baba is preparing for ablution. Babar Junaid said that the bathroom of the plane is small and Baba was quite tall. He went inside and performed Wudhu with great difficulty. Since he was a celebrity, everyone knew him and therefore they were looking at him. Junaid Jamshed’s son added that when he came back and sat on his seat, I told him that you performed wudu with such difficulty, our plane was about to land in a while, you would get off at the airport and perform wudu. Babar said that in reply the father narrated a hadith that once a Companion came to the Messenger of Allah (may peace be upon him) and he said: O Messenger of Allah! Always perform ablution, ablution, Allah will open the door of pure sustenance. He further said that Baba always taught his son to do it with certainty, that by staying awake, Allah opens the door of sustenance. The flight from Chitral to Islamabad crashed near Havelian, killing all 48 people, including five crew members.

Like Loading...
previousWhat are the 2 most expensive poisons in the world and what are they used for?
nextKubra Khan Has A Valid Point About Love Songs Praising Only Physical Appearances
%d bloggers like this: