What did the child who made the video do with actress Neelam Munir? Everyone is amazed to see the video 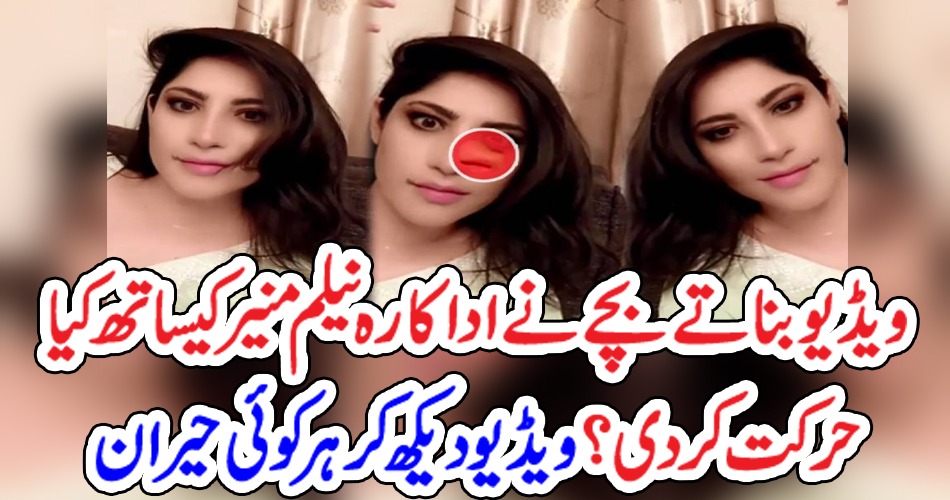 Karachi (News Desk): Pakistani drama and film industry superstar Neelam Munir is often active on social media. Fans also see her dramas and films taking time out of their busy schedules. A new video of the actress went viral in which a child did something to her that made her angry. According to the details, actress Neelam.

Munir is one of the leading personalities in the Pakistan showbiz industry who has won the hearts of the people with his performances on both drama and film platforms. Neelum Munir is often active on social media. Recently, a video came out on Instagram in which a small child can be seen with her. In the video, the child can be seen throwing water from the feeder on the actress’ head. Expressing astonishment over the child’s move, Neelam Munir said in a stern tone, “Sardar Khan.” On which the actress said ‘Ya Allah’. The actress shared the video on her Instagram account. The video is being liked by the users while viral pages are also being uploaded on various social media pages.