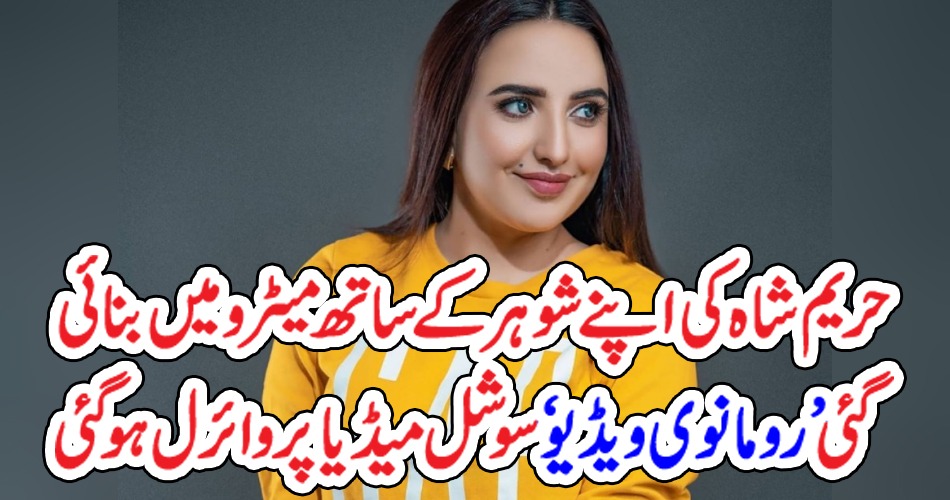 ANKARA (News Desk) – Pakistani hacker Hareem Shah has been the center of attention due to her outspokenness and rhetoric with political leaders, but nowadays she is in the news for her romantic video with her husband in the Turkish metro. Are According to details, Hareem Shah has posted a video on his Instagram account

She is traveling with her husband in the metro in Turkey, where she is lying on her husband’s lap in front of everyone, regardless of the other passengers, and she makes a video while humming. When the video surfaced, social media users criticized her and took the position that there are homes for romance with the husband, the couple should avoid such public places, people do not know that they are married, what to watch. You may be thinking that maybe the boy sitting in front is also embarrassed because of which he tried to engage himself on his mobile phone but it seems that his attention is also towards this couple. Tuck Tucker has also shared another video with her fans in which she is quarantined for a day in a hotel in Qatar.

Like Loading...
previous“What happens to these people, man?” What did Ushna Shah do that became the target of criticism?
nextKareena Kapoor’s big career announcement !!! What world did she step into?
%d bloggers like this: