Sunny Leone surprised to see her name tattooed on a fan’s arm! What advice? 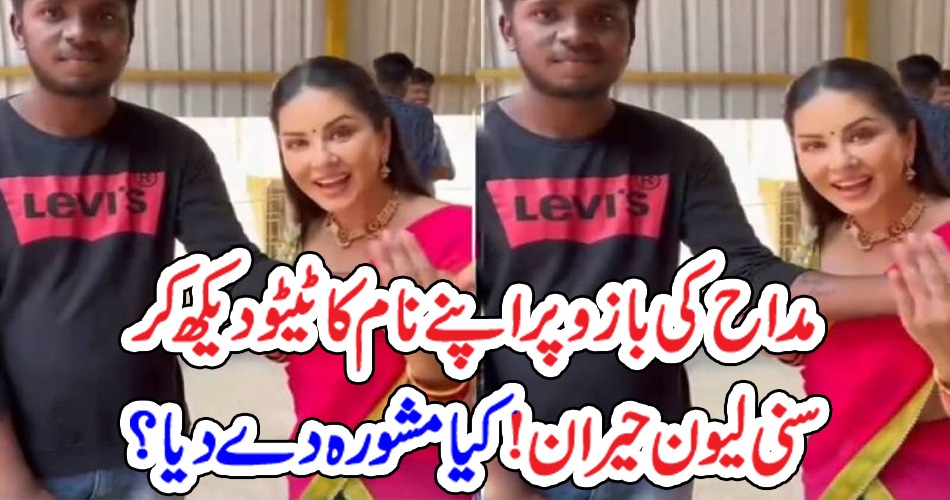 Mumbai (Web Desk) Bollywood actress Sunny Leone could not help but admire the tattoo of her name on the arm of one of her fans and thanked the fans very much. According to the details, during the shooting of the film, a fan came to meet Sunny Leone who had a tattoo of Sunny Leone’s name on her arm. Sunny Leone was present in front.

He instructed the cameraman to take a close-up video of the tattoo and thanked the fans, saying that it was “awesome”. I hope you will always love me like this because now you have no other choice. The actress also joked with the fans and expressed her best wishes for finding a wife.

Like Loading...
previous‘He Forced Me To Sleep With His Friends & Auctioned Me’ – Karisma Kapoor On Divorce
nextCan anyone do that in a moving car? Zarnish Khan’s video surprised the viewers
%d bloggers like this: