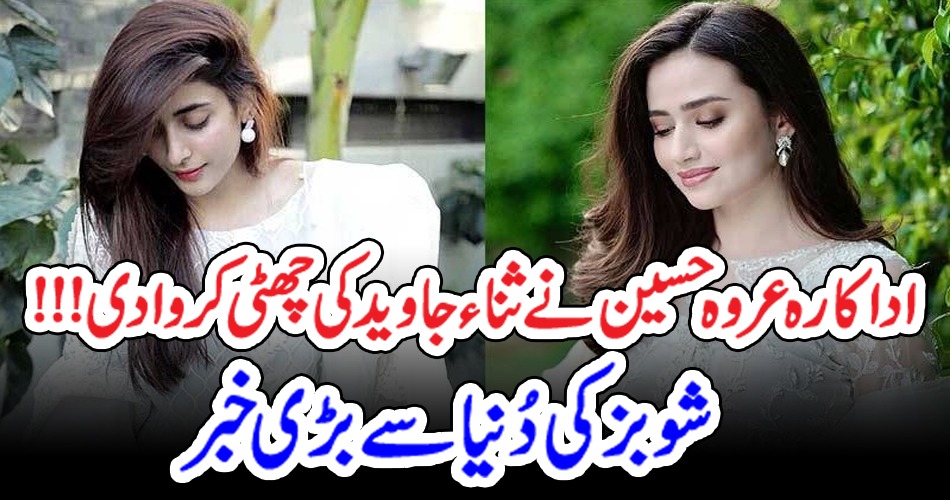 LAHORE: Leading Pakistani actress Urva Hussain has recently dismissed actress Sana Javed, who has been accused of misbehaving with fellow workers. According to details, a well-known women’s clothing brand Canceling the contract with Sana Javed and now Urva Hussain

It is to be noted that in recent days, various personalities associated with the showbiz industry had leveled allegations regarding the behavior of actress Sana Javed, after which the famous apparel brand said in its social media post that she made her Eid collection. The brand has canceled its contract with actress Sana Javed for the launch. Which has caused us trouble and that is why we have decided to exclude Sana Javed from the shoot for Eid collection and actress Urva Hussain has been included in this project as a central figure. Actress Urva Hussain has also confirmed this on his official Instagram account. It may be recalled that in recent days, various artists including model Manal Saleem, make-up artist Wajid Khan and Ikram Gohar have accused Sana Javed of misbehaving, but the actress Also retaliating against the accusers Wei announced.

Like Loading...
previousWhat did Deepika Padukone do before acting? You will be amazed to know
next‘I Could Not Look In The Mirror For Six Months’ – Vidya Balan On Her Early Career Mistreatment
%d bloggers like this: