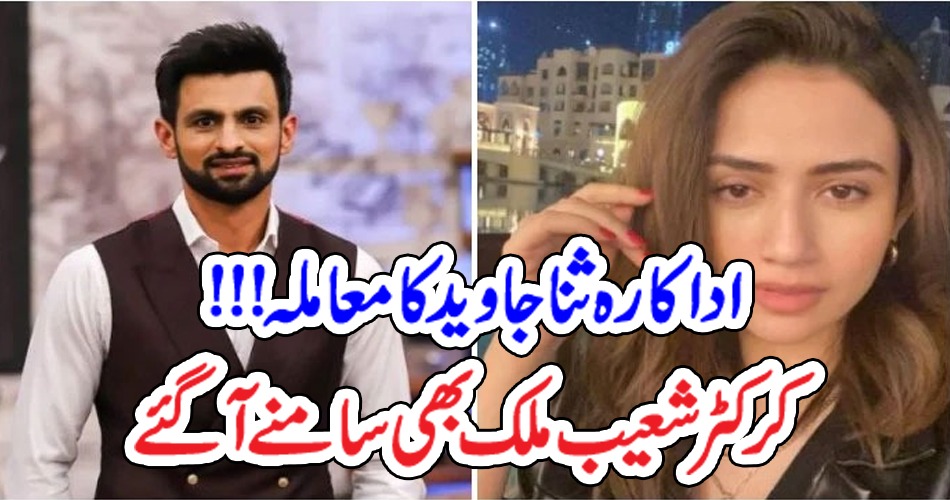 LAHORE: Cricket legend Shoaib Malik has also jumped on the bandwagon of Sana Javed and he too has shared his experience of working with the actress. Cricketer Shoaib Malik tweeted in view of the ongoing criticism from the party

While people have leveled other serious allegations against Sana Javed, including acting in an inappropriate manner, actors like Fahad Mustafa, Nadeem Baig and Sadia Faisal have also expressed their support for her. Other personalities who shared their experiences of working with Sana Javed included Waqas Rizvi, Rasikh Ismail Khan, journalist Mahosh Ijaz and Amna Issani among others. Based on her work experience, she says that the actress treated her and other people who worked with her in a good manner and respected them. Remember that in response to the allegations of different people The reaction has come to the fore. He has also announced legal action against these individuals and has also sent legal notices to some people. Have come to the fore. He has leveled several serious allegations against actress Sana Javed in his Instagram post. He elaborated on his story regarding the ill-treatment. He said on Instagram that Sana Javed’s attitude towards others was “unprofessional” and “rude”.

Like Loading...
previous‘I Could Not Look In The Mirror For Six Months’ – Vidya Balan On Her Early Career Mistreatment
nextUnnecessary criticism from fans !!! Actress Ushna Shah has taken such a step that in future everyone will think before criticism
%d bloggers like this: