Unnecessary criticism from fans !!! Actress Ushna Shah has taken such a step that in future everyone will think before criticism 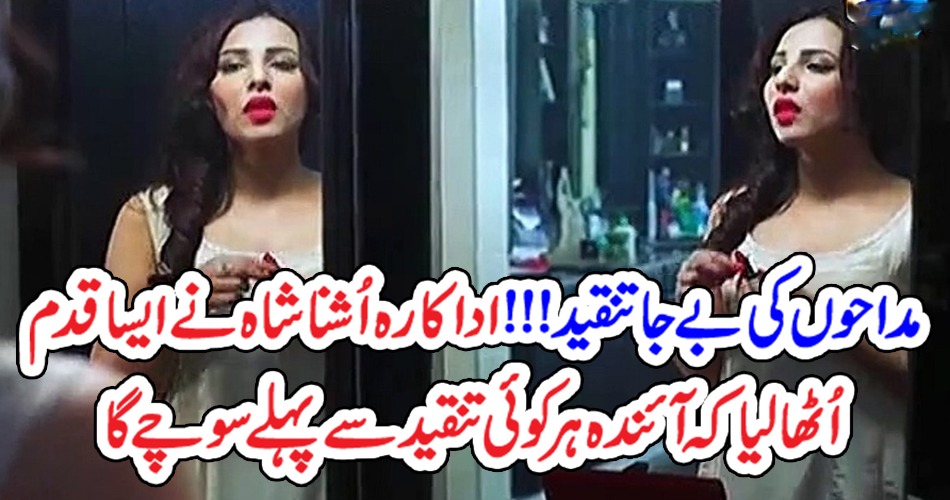 Lahore (News Desk) Pakistani actress Ashna Shah responded to the critics of her dress by uploading more pictures on her Instagram account and also released a message to the critics. According to the details, the actress posted on her social media account. After sharing a photo with actress Sonia Hussain

She was criticized, but in response, the actress released more photos in the same outfit and in the caption, she wrote, “I am trembling for fear of your trolling, so I am closing my comment section.” He further said, “I took this earlier photo from my friend actress Sonia Hussain’s mobile phone because my mobile phone had run out of battery and it was my best shoot of the day. I loved her very much.” It may be recalled that the actress had shared a photo with actress Sonia Hussain during a meal on which social media users had called her “cheap English”.