Rani Mukherjee had changed from another child at birth, a big revelation 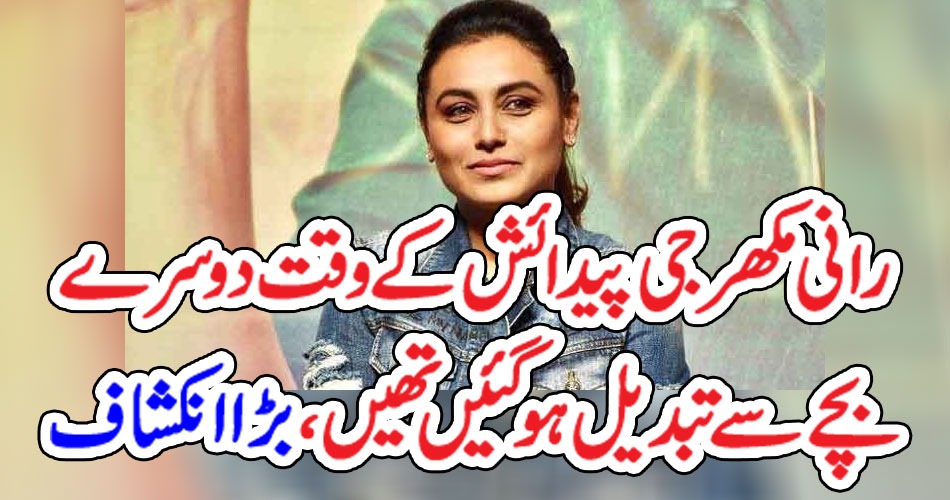 Mumbai (Web Desk) Bollywood actress Rani Mukherjee has revealed that she was replaced by another child at birth. According to Indian media, during an old interview, Rani Mukherjee revealed that a very interesting situation had arisen in the hospital at the time of her birth.

The actress said that when I was born, I was transferred to the hospital with a girl from a Punjabi family. “When my mother Krishna Mukherjee came to know about this, she started making noise in the hospital and said that this is not my daughter, my daughter’s eyes were brown while her eyes are not brown,” she said. “My mother started looking for me in the hospital and she found me in the room of a Punjabi family who had given birth to their eighth child,” said Rani Mukherjee. The Indian actress said that her family members jokingly told her that in fact you are a Punjabi but she came to our family by mistake.