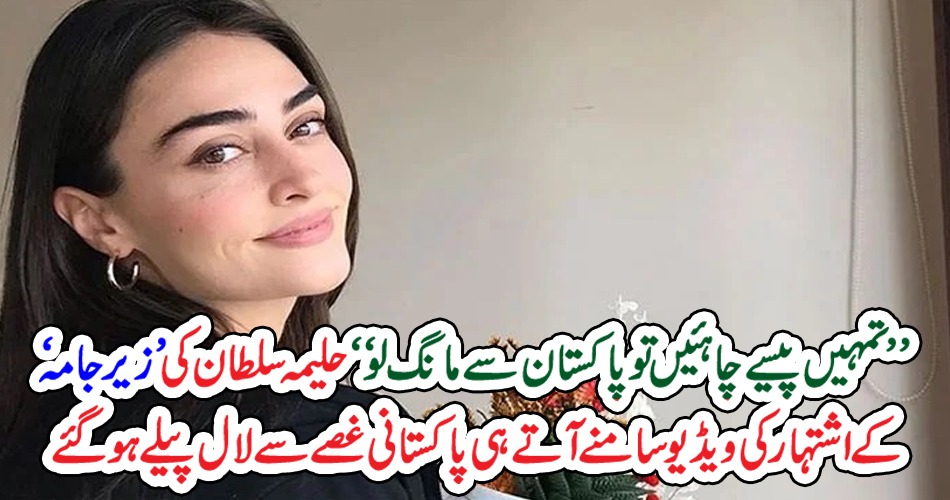 ISTANBUL (News Desk) – As soon as the video of the underwear advertisement of actress Isra Belgich, who played the lead role of Halima Sultan in the Turkish drama serial Ertugrul Ghazi, made on the date of the beginning of the Ottoman Empire, reddened with Pakistani anger. Worked in a Victoria’s Secret underwear ad

In which he has exposed the hidden parts of the body a little too much which Pakistanis did not like at all and they took the actress by surprise. You welcomed Israel and now you are doing it, the Turkish people are going the wrong way, you should follow Islam. ” The same person said in another comment, “You should be ashamed. If you need money, ask Pakistan but don’t do it, you are destroying Islamic culture.” Another Pakistani lamented, “This It is very sad to see that people are selling their bodies for money, you should protect your body. “Commenting on this advertisement of Victoria’s Secret, Altaf Kashmiri said: Later you made a place for yourself in the hearts of the people but after doing all this you will get hatred. ”